Jerusalem explains its position how ICC does not hold jurisdiction to hear ‘non-state’ Palestine’s alleged war-crimes charges against Israel.

Israel has decided to change its policy and begin talks with the prosecutor at the International Criminal Court in The Hague regarding a preliminary investigation the ICC is conducting into last summer’s Operation Protective Edge in the Gaza Strip, a senior Israeli official told the Israeli Haaretz paper. 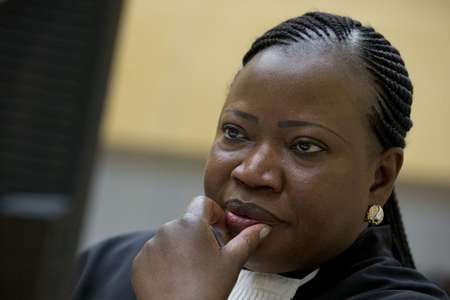 The Israeli decision to be in contact with Gambian-born Fatou Bensouda is reportedly only to clarify its position that the ICC does not hold any authority to hear Palestinian complaints on the matter, the official said.

Israeli Prime Minister Benjamin Netanyahu reportedly reached the decision in recent days after deliberations with representatives of the foreign ministry and justice ministry, as well as the Israel Defense Forces and the National Security Council.

The contact with the ICC will be maintained by a team of experts from the various ministries who will also visit The Hague in the coming weeks to meet with representatives of the prosecutor’s office.

“This does not mean we are cooperating with the preliminary examination the ICC is conducting at the Palestinian request,” the Israeli official told Haaretz on the condition of remaining anonymous.

“The Israeli position, like the position of other countries around the world, is that the International Criminal Court in The Hague has no authority to hear the Palestinian request since Palestine is not a country and because the Israeli judicial system is independent and can handle complaints on the matter of alleged war crimes,” he added.

“Nonetheless, as has been done in the past with other international organizations that dealt with matters related to the Israeli-Palestinian conflict, such as the UN secretary-general’s board of inquiry to examine the attacks on UN facilities in Gaza, we examined the matter and decided that in this case it would be proper to present the prosecutor and her staff with the Israeli position concerning the court’s lack of authority in a direct fashion, so that not only Palestinian claims are heard,” he added.

The representatives also discussed the possibility of allowing a delegation of the prosecutor’s office to visit Israel and the Palestinian territories.

The Palestinians are “extremely interested in having such a visit as soon as possible,” but the Bensouda and her staff have yet to set a date for such a visit.

“Israel expects the prosecutor’s office to act cautiously, professionally and independently without any bias, and will not lend a hand to the Palestinian attempt to turn the court into a political tool or a stage for advertising tricks,” the official stressed.

The Palestinian’s move to join the ICC is also seen as part of a shift in strategy to internationalize its campaign for statehood and move away from the stalled US-led peace process.

The Palestinians were upgraded from observer status to UN “observer state” in 2012, opening the doors for them to join the ICC and a host of other international organizations.

The ICC, which sits in The Hague in the Netherlands, is the world’s first independent court set up in 2002 to investigate genocide, war crimes and crimes against humanity.

But it can only probe alleged crimes in countries that have ratified the Rome Statute, or accepts the Hague-based court’s jurisdiction for a certain time period, or through a referral by the UN Security Council.

While 123 countries have now ratified the Rome Statute, Israel and the United States have not.