As a result of the increasing power of the Muslim Brotherhood and the even more extreme Salafi parties, the outcome of the ongoing Egyptian elections is looking grim and many westerners are deeply concerned.  Although Khairat el-Shater of the Muslim Brotherhood and Hazem Salah Abu Ismail of the Salafi Al Nour party have now been disqualified, the Muslim Brotherhood nevertheless has 105 seats in the Shura Council and together with the Salafi Islamic Bloc’s 45 seats, they occupy a majority of the 270 seats. In the People’s Assembly, which will draft the new constitution, they have 235 seats and together with the Salafi Bloc’s 123, they completely dominate the 508 seat Assembly. 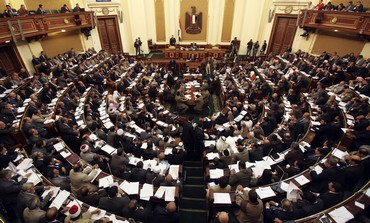 Israel is monitoring the outcome with acute scrutiny since Egypt is Israel’s immediate neighbor and also the largest Arab state. The Egyptian army’s lack of control over the Sinai Peninsula—demonstrated by recent attacks on Israel as well as rampant smuggling and the infiltration of refugees—point to the rise of anarchism in that region.  The question of whether Egypt will uphold the Israeli-Egyptian peace treaty remains to be seen as well. Last month, the People’s Assembly voted to stop exporting gas and to cut diplomatic ties with Israel, while on the other end of the spectrum, Amr Darrag, a founding member of the Freedom and Justice party (FJP) – the political wing of the Muslim Brotherhood – was quoting as saying, “his country will uphold its peace treaty with Israel.” After the elections, however, it is not unlikely that the rhetoric coming from Cairo will change.

But what of the other players in the region?

In Syria Bashar Assad’s regime is crumbling and many believe it is just a matter of time before he loses power as well. The Syrian National Council, which is supported by the US and mostly made up of the Islamist Muslim Brotherhood, seems to be the likely successors to the Assad regime. The Syrian opposition has requested assistance from Israel in overthrowing Assad but Israel has wisely refused to get involved.

Lebanon is controlled by the Hezbollah under the government of Prime Minister Najib Mikati. After the Saad Hariri government fell because of refusal to cooperate with the Special Tribunal for Lebanon, Mikati was then tasked with forming a government and Hezbollah and its allies subsequently ended up with 16 of the 30 cabinet seats.

The Libyan government will almost certainly be dominated by Islamist parties and controlled by the National Transitional Council under Mustafa Abdul Jalil. This was confirmed to me personally by Special Envoy to the Libyan National Transitional Council, Basit Igtet. The recent desecration in Libya of Christian and Jewish graves in the Benghazi War cemetery by Libyan rebels and the harassment of David Gerbi after his attempts to restore the synagogue in Tripoli also seem to be gloomy indicators of Libya’s future.

Tunisia’s population elected the Islamist Enahda party which has recently concluded that there should not be ties with Israel. The co-founder and intellectual leader of the party, Rashid Ghannoushi, has also praised the mothers of suicide bombers, celebrated Hamas rule in Gaza, appealed for a hundred-year struggle against Israel and predicted Israel’s eventual disappearance.  Jews in Tunisia are now complaining about the anti-Semitic chanting that has occurred several times at Salafi rallies.

Yemen seems to be in a permanent state of disarray as its government battles Al Qaeda, the latter having already completely taken over several towns. In addition, the Shi’ite Houthis have effectively created a state within a state in the Sa’adah region.

Sudan is controlled by the Islamists under El Bashir.  Saudi Arabia is considered to be an ultra-conservative monarchy while Sudan and Iran are dubbed “Islamist states” – although the reasons for this are not clear. Whether it is Sunnism or Shiism that prevails, all of them are ruled according to sharia law and Saudi Arabia is also the biggest fundraiser for Islamist causes in the world.

So far Jordan seems to be weathering its own storm. Mudar Zahran, a Palestinian writer and academic from Jordan, argues that a Palestinian state should be set up there since Palestinians are the overwhelming majority of the population and that the Hashemite Kingdom makes up the eastern half of the British Mandate of Palestine. He writes thus:

So could such a scenario provide a solution to the intractable Israeli/Palestinian issue?  Those that advocate a two-state solution—whereby Israel must surrender Judea and Samaria and give emergence to a Palestinian state there—will automatically oppose this idea due to the fact that they view King Abdullah as a moderate, reassuring ally.  But they overlook the fact that Abdullah is actually an outsider, his family coming from the Hejaz and having been placed in power by the British. Whatever we can expect from a Muslim Brotherhood-dominated Palestinian state, it will still fare better for Israel if such a state would emerge on the other side of the Jordan and not several miles from Israel’s coast and airport – as would be the case in Judea and Samaria.

These changes seem to indicate that the corruption and two-facedness of past regimes, such as those belonging to former PLO leader Yasser Arafat and deposed Egyptian president Hosni Mubarak, may have ended – but it doesn’t change the fact that their populations never wanted peace. Instead, those regimes are being replaced by ones with clear goals and unequivocal statements.  After elections were held in Gaza and Hamas was elected, former US president George Bush administration noted, “They voted for an end to corruption.” He was right – that that was one of the things they voted for. But they also voted for parties that had the unambiguous goal of eliminating Israel and were not afraid of saying it.

Arafat was infamous for saying one thing to Western audiences in English and saying something else entirely when he addressed Arabs. Hamas, however, does not do this.  They say what they mean to all. Now Israel understands in no uncertain terms that the Arab populations do not wish to live side by side with Israel, and instead wish to defeat it and replace it with a Muslim state. The Islamist may be ruthless and genocidal but at least he is honest about his intentions. The same cannot be said about the previous Arab dictators in the region who played both sides during the Cold War and after it had ended, they tried to ally themselves with the US by making claims that they were “moderates.”

The US and the West will gradually and grudgingly establish relations with these new Islamist regimes, as demonstrated in the past with US willingness to engage with a “moderate” Taliban, or by the Norwegians with their recognition of Hamas. Israel should now clearly be able to focus on its survival without being duped into phony peace talks with two-faced dictators who don’t really believe in peace. As the adage goes, an honest enemy is better than a false friend.

The writer is a graduate of International Relations at NYU.