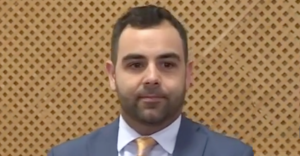 After about a year of orders and court proceedings, it is now up to the government whether to follow through and deport Shakir, a US citizen, who brands the move a bid by Israel to silence and delegitimize critics of its treatment of the Palestinians.

If it proceeds, I have 20 days to leave & it’ll join ranks of Iran, N Korea & Egypt in blocking access for @hrw official,” Shakir tweeted after the decision was announced, referring to Israel.

It would be the first expulsion of its kind under a 2017 law allowing the deportation of foreigners who support boycotting Israel, though there have been cases of visitors, including some high-profile ones, denied entry under the measure.

The New York-based rights group says it has criticized Israel’s human rights record but has never advocated a boycott and that the same is true for Shakir since he joined the organization.

Israel’s ministry of strategic affairs, which probes potential violations of the 2017 law, alleges Shakir’s activism, particularly related to the country’s occupation of the West Bank, has amounted to calls for a boycott.