Israel taps its expertise in medicine, technology & agriculture for its newest harvest 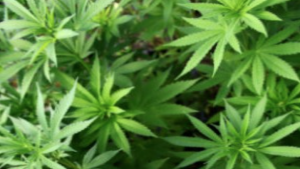 REPORT: As the cannabinoids begin to enter the drug market in 2018-2019, a revolution in the field of pharmaceuticals will be seen in Israel, since it is the only place in the world that has the ability to perform all 4 components: cultivation, pharmaceutical ingredient extractions, encapsulation for specific cannabinoids and drug delivery systems.

Israel’s medical cannabis industry is at a crossroads and according to Breath of Life Pharma CEO Dr. Tamir Gedo, that crossroads doubles as a runway, because the industry is about to take off.

“Israel has the ability to build a cannabis industry with a long-lasting competitive advantage,” Gedo, who comes to the industry after serving as a senior manager at a pharmaceutical company, told The Jerusalem Post in the company’s offices in Kfar Pines, near Hadera.

What exactly puts Israel in this position? Because producing drugs made from cannabis is comprised of multiple components, and Israel is able to perform each of the four necessary processes.

“You have the growth part, the active pharmaceutical ingredient extraction part, the encapsulation part and afterwards the drug delivery system,” Gedo says.

By simply growing marijuana, Israel would soon be outmatched by countries in Africa or Eastern Europe, where land and cheap labor are plentiful. However, those countries don’t have the know-how to extract the cannabinoids (the active ingredients in cannabis) from the plant, encapsulate them, and produce a delivery system with which to dose the patient.

Even if they did, Gedo says, the FDA and other health administrations around the world don’t trust products coming from those regions. The United States and Canada have the technological know-how to extract, encapsulate and deliver the cannabinoids, but can’t produce enough cannabis to make it financially viable. In most of the states in the US, marijuana growers are restricted to growing 0.22 hectares of marijuana.

As a result, the farmers are limited in both scope and scale. Farmers can’t grow 50 strains of cannabis (certain strains are better suited to treat certain conditions) on such a small area of land, and even if they dedicate the entire 0.22 hectares to a single variety, it’s still simply not that much at the end of the day. On top of that, there are two other complications in the US: it is forbidden to ship the product from one state to another and conducting clinical trials on human beings isn’t allowed.

Gedo says that Israel is the only place in the world that has the ability to perform all four components, boasting the whole package, and it’s likely that the country will maintain its advantage for the next couple of years, which is why they must act on it now.

“If you are building only on the growth, you will lose,” he says. “In five, six, seven years, even most likely before that, because the hype that surrounds cannabis will be so huge that every country will want to grow cannabis. The only way to secure a competitive advantage is to build a cluster of industries that are bound to each other.”

The issue is that according to the FDA and virtually every health ministry in the world, you are not allowed to have more than a very limited amount of purified, isolated molecules.

“Ninety-seven percent of the pharmaceutical drugs in the world have only one molecule in them. It’s isolated, it’s purified, it’s 99-point-something percent,” Gedo says. “The only way to make cannabis an FDA drug and prescribe it as a pharmaceutical product is to isolate each one of the cannabinoids and purify it to almost 100%.”

This is where the aforementioned extraction process comes in.

“The problem with cannabis is that it is not one product. Cannabis is actually 142 products,” Gedo says. There are 142 cannabinoids in any given strain of cannabis, the majority of which are not well known to science, though nearly two dozen are. “Of these 20 or so, scientists are able to tell the exact biological function they have in the body.”

Different cannabinoids are used to target different ailments. The general public is familiar with TCH, but may not have heard of CDDV, which is a cannabinoid good for neurological disorders or CBD, an agent that reduces inflammation as well as corticosteroids (cortisone).

Breath of Life is also looking at combining cannabinoids, something that meets pharmaceutical standards, which generally allow for up to three molecules in a drug.

“We know that for instance a ratio of 20:1 of CDB to TCH is very efficient for neurological disorders like epilepsy and Parkinson’s disease. We know that a ratio of between five and eight parts CDB to one part THC is very good for pain management. We have enough knowledge to create the first generation of drugs [that contain multiple cannabinoids],” Gedo says.

“The research is concentrated now in building the second, third and fourth generation of drugs.” Moreover, at BOL, they are creating drugs using GMP (good manufacturing practice) pharmaceutical standards.

“Our factory is not a cannabis factory,” Gedo says. “It’s a pharmaceutical factory that meets the same exacting standards that Pfizer and Teva do. That’s exactly how pharmaceutical companies work. They cannot bring the most optimum drugs every time; they just do trial and error until they find something that they feel is the best possible option. They do a clinical trial; if the clinical trial is much better than placebo, then it’s considered a drug.”

There remain hurdles to jump. For some people over 40, there is still a taboo, a stigma, when it comes to cannabis.

“Many companies are sitting on the fence. A lot of people are standing and looking and don’t understand the potential,” Gedo says. “We need a wake-up call so that people see that this new industry needs to be treated as any other industry.” Gedo says that if the growers, pharmaceutical sector, research universities, hospitals, biotech companies and regulators work together, it will give the country a head start of a decade in the field.

Saul Kaye, founder and CEO of iCAN Israel-Cannabis, who also comes from the pharmaceutical field, believes that technology has a key role to play.

Crucially, the government is in their corner.

“The government in Israel is a start-up-nation government. It is not lagging behind; it is actually leading with the torch of innovation,” Gedo says. “The people at the Health Ministry are the visionaries who understand the opportunity for the State of Israel. I wish the private sector, the pharmaceutical companies, had the same vision as the Health Ministry and Finance Ministry.”

This sentiment is echoed by Kaye.

“Ultimately, you have a haredi minister of health [Ya’acov Litzman], who has said, rightly so, ‘I don’t understand cannabis, but there seems to be enough medical evidence that this is good, so make it happen.’” notes that the bill approving the export of cannabis passed unopposed, which is, of course, “really rare.” When was the last time the Right, Left, Arab and haredi parties agreed on something in this country? He says that there’s a reason behind it and it’s common sense.

“This is an industry that can create wealth and jobs. This isn’t a [Leviathan] gas opportunity for Israel where no Israeli has seen a single dime from the gas [proceeds] in Israel. If you want to go into trickle-down economics, we can really trickle down here.”

IF THIS industry gets off the ground, the room for growth is incredible. Fully 20% of humanity is afflicted by a disease that can be treated by cannabinoids, from lupus to sleep disorders to epilepsy to nausea to chronic pain.

The drugs that will be produced from these isolated and extracted cannabinoids have advantages over currently used drugs.

Opioid pain relievers are addictive and dangerous, Gedo says, listing a handful of celebrities that have succumbed to the drugs: Heath Ledger, Prince, George Michael, for instance. It’s not just the rich and famous that have overdosed on the frequently prescribed painkillers. Some 18,000 Americans died from opioid overdoses last year alone. Cannabinoids, on the other hand, have no addictive properties. Moreover, as Dr. William Levine, executive director of CannRx puts it, “I don’t think I’ve ever heard of a cannabis allergy.”

As these drugs begin to enter the market in 2018 and 2019, we may begin to see a revolution in the field of pharmaceuticals, with Israel situated happily in the center of it all.