Israel to Double F-35 Range Because of Iran Deal 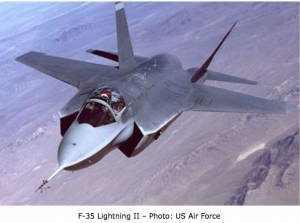 Israel Air Force engineers are working to double the range and capabilities of the US made stealth jets, as the first planes made specifically for Israel are due to arrive in December 2016.

Israel is actively working to double the range of its F-35 defense fighters, officials said Thursday, in an announcement made just before the Senate Congress vote on the Iran deal.

Israel’s F-35s are tailor-made by Lockheed Martin, and named Adir (lit. “awesome.”). The first two Adirs are due to be delivered to the Israeli Air Force (IAF) in December 2016.

The development was specifically made with “an eye on Iran” and other Middle East developments.

“The Stealth and other advanced capabilities provided by this fifth-generation fighter are self-evident,” an Israeli air force officer told Defense News. “Your options for attacking the enemy (with the stealth fighters) are much more numerous and practical.”

The officer, who is deeply involved in the Adir program, noted that Iran is aware of the threat the F-35 poses.

The daily also verified that the IAF has received an exemption from a requirement mandating that third-party technicians maintain and update the aircraft; the IAF will handle all of the technical work on the planes themselves, in Lockheed-Martin logistics centers. The reason: in the event of an imminent war, Israel will have the tools it needs to defend itself.

The first group of IAF Adir pilots will train at the Luke Air Force Base in Arizona in mid-2016.