Israeli company Al-Sorag from Moshav Emunin was chosen by the AUSA (Association of the United States Army) to participate in the annual Defense Meeting & Exposition – one of the largest land warfare expositions and professional development forums in the world.

The Exposition took place on October 22-24 at the Walter E. Washington Convention Center in Washington, DC, with over 35,000 attendees, including senior leaders from the US Army, DoD and congress, as well as foreign dignitaries.

The three-day event included over 700 industry and military exhibits, with Al-Sorag among them, occupying over 700,000 square feet of exhibit space.

Presentations on the state of the US Army and related defense subjects was given by the secretary of the Army, chief of staff and other senior Army and Department of Defense representatives.

Seminars and special presentations were held on up to date Issues such as the global war on terrorism, the Army’s transformation to the future force, LandWarNet, expeditionary logistics, actionable intelligence and other issues affecting today’s Army. 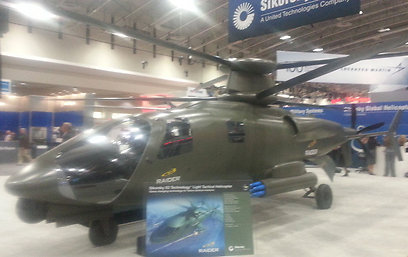 The event provided a unique opportunity to showcase defense industry products and services to key Army and DoD decision-makers, discover new developments in defense technology and meet with colleagues from the world-wide defense community.

Al-Sorag, which is Israel’s largest and oldest company providing physical protection solutions for building, and known as one of the world’s leading Israeli companies in this field today, recently joined as a member of the AUSA.

Membership gave Al-Sorag the opportunity to showcase its advanced protection solutions to a broad range of threats in HLS field for home front and civil protection, with an emphasis on advanced protection systems developed to improve survivability of structures and strategic sites against extreme scenarios.

According to Erez Paz, CEO of Al-Sorag, “The AUSA exhibition is known as one of the world’s leading protection and security and it provided for us a significant platform to expose our protection solutions to wider audiences.

“The need to protect physical infrastructure and buildings against vandalism, terrorist actions and violence involving gunfire and blast from explosions, is constantly rising following the waves of protest around the world and attempts to attack US exposure, which led many to search for advanced solutions for protection.

“Combining all protection solutions developed by Al-Sorag with the exclusive opportunity for energy savings makes the physical shielding enormous expenditure to an investment that pays off, and Al-Sorag a leading global company.”