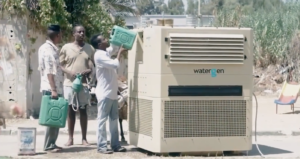 The Multifaith Alliance for Syrian Refugees is using the Israeli company, Watergen for its innovative technology that supplies fresh and mineral-enriched drinking water from the air.

Water is a basic and necessary component of life. But for millions of people in Syria, a country that has been torn apart by a devastating civil war for more than a decade, there is no access to clean water, which causes the spread of preventable diseases and death.

The humanitarian aid organization, Multifaith Alliance for Syrian Refugees, has found a way to meet the water needs of the Syrian people by using Watergen technology, developed by the Israeli company that produces clean and mineral-enriched drinking water from the air, powered by solar energy. Watergen creates a new water resource from thin air that saves millions of people worldwide.

Water is a basic and necessary component of life. But for millions of people in Syria, a country that has been torn apart by a devastating civil war for more than a decade, there is no access to clean water, which causes the spread of preventable diseases and death.

“Watergen devices were bought by the Multifaith alliance organization and will be installed in schools, hospitals and medical facilities in areas of Syria controlled by the democratic forces in the country that have good relations with the Americans,” explains Shadi Martini, a former Aleppo resident who serves as director of the international humanitarian aid organization.

“I was a hospital administrator in Aleppo until the war broke out in 2012,” Martini recalls. “After the uprising, I had to leave the country, but I continued to work with the refugees, and I helped provide humanitarian assistance to the people.

“During my work, I frequently met with Israelis and senior representatives, such as the late president Shimon Peres, and other presidents such as Reuven Rivlin and Isaac Herzog. My goal was to promote joint work and relations between Israelis and Syrians, he said.

“When I was approached to join the Multifaith Alliance for Syrian Refugees team, the idea came up to encourage Israel to open its borders further and provide humanitarian assistance. This happened in 2016 with a joint project with the IDF, which delivered aid through Israel to Syria, which caused the development of positive relationships between civilians on both sides of the border.” 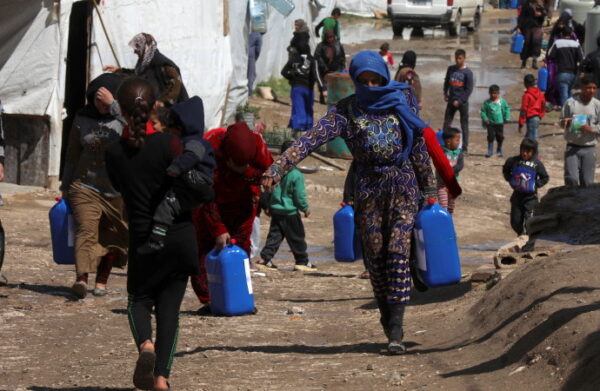 Martini explains that after the war in Syria ended in 2018, the international aid organization continued its work and did not want to lose the goodwill and relationships that have developed between the two communities.

“Because Israel does not have a direct border with the areas most affected during the war, we had to find a solution that is unique to Israel, and since it is a country that is very technologically developed and faces the same challenges and climate conditions as Syria, we considered local technologies that could help those affected by the war, and after much thought we chose Watergen.”

Watergen, founded in 2009, has become a world leader in the market for atmospheric, mineral-enriched drinking water devices that create high-quality, healthy drinking water from the air.

The company’s solutions enable a cost-effective and direct response to the global shortage of drinking water and eliminate the need for supply chains that are harmful to the environment. 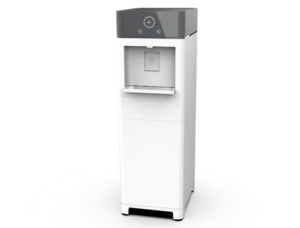 Watergen is already providing fresh drinking water from the air in more than 85 countries worldwide, including areas such as Gaza Strip, where dozens of Watergen machines provide the best quality drinking water to hospitals and municipal buildings, giving the most effective solution for the water problem to Gaza citizens.

“In Syria, there is a serious water problem that began even before the war, but during the battles, it worsened. Half of the water infrastructure was destroyed or damaged, and hundreds of thousands of people lost their homes. Beyond the problem of access to water, the water quality is poor and cause diseases,” Martini says.

Dozens of Watergen devices will be installed to solve the water problem for the Syrian people.

In the first stage, two Watergen devices, powered by solar energy, were installed, each of the units producing 1,000 liters of fresh mineralized drinking water per day. The second stage will install eight additional Watergen units in medical facilities and schools, so that they can provide the population with 10,000 liters of water from air per day.

Watergen’s devices receive their electricity by solar panels or any other alternative electricity source. “The first stage was a great success, and we will soon implement more units on the ground,” Martini says, “As a result of the pilot project, we received high-quality drinking water from air that serves the needs of those who live in the area, which is a net gain for all parties. It also meets the basic needs of the residents who are suffering, and it brings the two countries closer together in a diplomatic sense.

“Because we are in areas affected by the fighting, and the state propaganda against Israel, before we tell the locals that it is Israeli technology, we let them experiment and see for themselves how much it contributes and helps them,” Martini says. “People were shocked when they saw it in action. When we told them that it created water from the air, they thought it was magic. At first, the local population thought we were laughing with them. After the machines were connected they thought it could only provide small amount of water but a day afterwards they were shocked to see the huge amounts of water the machines are producing.

Until now, civilians had to find a water source and boil the water to make it drinkable. This is not a simple task because electricity is very expensive in Syria. Suddenly they have clean, safe and healthy water, which receives power from green energy.”

For additional details about organizing assistance and donations, visit https://multifaithalliance.org.