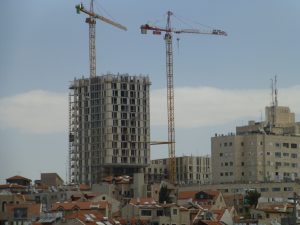 Lieberman will ask The Higher Planning Council in Judea and Samaria to promote planning procedures in more than 30 communities throughout the West Bank.

Defence Minister Avigdor Lieberman said on Thursday he plans to seek approval next week for the construction of some 3,900 new homes in Jewish settlements in the West Bank.

“We committed to building in Judea and Samaria and we are fulfilling that commitment,” Lieberman said in his press statement. “We will approve 2,500 new housing units next week at the planning council for immediate construction in 2018. In the coming months we will seek approval for thousands of additional housing units. We will continue to populate and develop Judea and Samaria with actions.”

Ariel, one of the four largest Jewish towns in Judea and Samaria. – Wikimedia Commons

Israel disputes that its settlements are illegal and says their future should be determined in peace talks with the Palestinians, who want the West Bank to be part of a future state.

“We will promote building in all of Judea and Samaria, from the north to south, in small communities and in large ones,” Lieberman wrote.

There was no immediate comment from Palestinian officials, who have long argued that Israeli settlements could deny them a viable and contiguous country.

Some 500,000 Israelis live in the West Bank and eastern Jerusalem, areas that are also home to more than 2.6 million Palestinians.