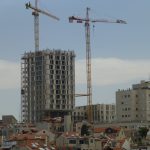 Construction on new homes for Jewish residents in Judea and Samaria rose by 40 percent in 2016 compared with the previous year, official figures showed Wednesday.

Ground was broken on 2,630 housing units last year compared with 1,884 in 2015, figures from Israel’s Central Bureau of Statistics showed.

Radical-leftist NGO Peace Now called it “the second highest number of construction starts in the past 15 years”.

“On average, since 2001, 1,790 housing units begin to be constructed in West Bank settlements each year,” Peace Now said. Continue Reading » 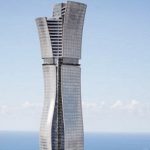 After construction, the commercial and residential tower next to Tel Aviv’s Savidor railway station would be 400 meters (1,300 feet) high.
• The Moshe Aviv Tower in Ramat Gan, has been Israel’s tallest building since 2001.

Plans for a 100-story tower to be constructed on the border between Tel Aviv and Ramat Gan have been submitted to the Tel Aviv Regional Planning and Building Committee.

Tower Between Cities, planned to be the tallest building in Israel – Photo: Miloslavsky Architects website

If approved and built, the so-called “Tower Between Cities” will be Israel’s tallest building, reaching a height of 400 meters (1,300 feet). Continue Reading » 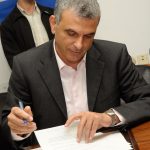 City of Jerusalem is set to approve the postponed construction plans of more than 181 housing units in Jerusalem’s southern neighborhood of Gilo, which has so far been postponed due to pressure from the Obama White House.

The city of Jerusalem will approve new construction projects in areas located beyond the “Green Line”, including 181 new housing units in the neighborhood of Gilo in the southern part of the city, Channel 2 News revealed on Wednesday.

According to the report, the new projects will be approved by the subcommittee for building permits in the city of Jerusalem. Continue Reading »

Hamas is preparing for the next round of fighting against Israel by building fortifications near the Israel-Gaza border, video footage filmed this week not far from the border fence shows.