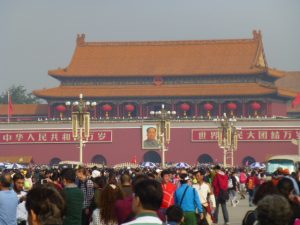 With Africa’s rapid economic growth, a quarter of Israeli exporters believe that Africa holds the market where they can expand the most effectively, since China is currently suffering slight economic stagnation.
– Israel’s top Africa exporting partners are: Zambia, Kenya, and Ethiopia.

Israel has been exporting more to Africa as the continent experiences significant economic growth and as the Chinese economy begins to weaken.

The number of Israeli trade deals with African nations which were followed through on in 2015 was four, and amounted to $312 million.

However, a recent Ashra survey showed that approximately a quarter of all Israeli exporters believe that the African market is the most attractive market to expand operations in.

The head of Ashra, Tzahi Malach, said that “we are expecting to see a significant increase in Israeli exports to Africa. The main countries we expect to see exporters shipping to are Zambia, Kenya, and Ethiopia.”

Meanwhile, there has been a notable decrease in the amount of exports to China. Only 15 new contracts were approved over the past year, compared to 33 the year before. The financial scope of the deals were also lower – approximately $190 million in 2015 compared to $438.5 million the year before.

Malachi noted that the majority of exports to China were agricultural or infrastructure related. However, “over the past year, there was a significant rise in security exports, with 22 requests receiving approval for insurance coverage. This constitutes an 83% rise compared to the previous year.”

Amongst the security companies who received insurance approvals for export to China were Elbit, Rafael, Israel Aerospace Industries, Elta, and Aeronautics Ltd.