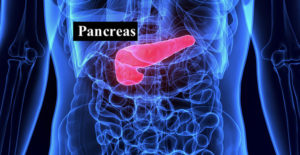 The research, conducted by Dr. Talia Golan, head of Sheba Medical Center’s Pancreatic Cancer Center, developed a new treatment for the 4th leading cause of cancer deaths.
– Dr. Talia Golan, “This treatment also exemplifies the advent of ‘precision medicine’ based on a specific genetic biomarker, BRCA 1 and 2.”

“In the history of oncology, there have been only two or three studies that have shown some benefits for pancreatic cancer,” said Dr. Raanan Berger, head of Oncology for Sheba Medical Center, the country’s largest hospital, located in the Tel HaShomer neighborhood of Ramat Gan. “This is a very rare breakthrough.”

Pancreatic cancer is the 12th most common cancer worldwide, with 458,918 new cases in 2018 alone, according to a release by Sheba. It is the 4th leading cause of cancer death, and less than 3% of patients with metastatic disease survive longer than five years after diagnosis.

The research was conducted by Dr. Talia Golan, the head of Sheba Medical Center’s Pancreatic Cancer Center. Specifically, her research centered on evaluating the safety and testing the efficacy of a new drug treatment regimen known as POLO in order to treat a specific type of metastatic pancreatic cancer in carriers of the BRCA 1 and BRCA 2 mutation, which runs largely in Ashkenazi Jews and typically makes these individuals susceptible to breast and ovarian cancers.

“The POLO trial using the medicine Lynparza offers potential hope for those who suffer from metastatic pancreatic cancer and have a BRCA mutation,” Dr. Golan said.

Lynparza is also known as olaparib.

“This treatment also exemplifies the advent of ‘precision medicine’ based on a specific genetic biomarker, BRCA 1 and 2,” she said.

Berger told The Jerusalem Post that the study is the next phase of an earlier study done by Sheba in 2015 that showed that olaparib, a pharmacological inhibitor of the enzyme poly ADP ribose polymerase, show benefits for patients with different cancer

Specifically, patients with pancreatic adenocarcinoma harboring these BRAC mutations showed promising results in this prior study.

“Based on that experiment and some similar ones, this new study for pancreatic cancer was initiated,” Berger said.

BRCA 1 and BRCA 2 are human genes that produce proteins responsible for repairing damaged DNA and play an important role in maintaining the genetic stability of cells, Sheba explained in its release. When either of these genes is mutated such that its protein product either is not made or does not function correctly, DNA damage may not be repaired properly, and cells become unstable. As a result, cells are more likely to develop additional genetic alterations that can lead to cancer.

The pancreas is a gland located deep in the abdomen, between the stomach and the spine. – NATIONAL FOUNDATION FOR CANCER RESEARCH

Berger said the results show that those patients from around the world who received the treatment – a round of chemotherapy and then several treatments with olaparib – did much better than those who did not receive the drug in terms of response, time to progression and quality of life.

More than 3,000 patients underwent screening. Of those, 154 underwent randomization and were assigned a trial intervention.

Golan presented her findings in Chicago on Sunday at the American Society of Clinical Oncology (ASCO) annual conference. More than 40,000 people will learn about Golan’s research, which is being published the same day in the New England Journal of Medicine.