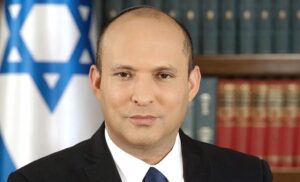 “My perception is different than that of the defense minister although we work in harmony. I oppose a Palestinian state and I think it would be a grave mistake to import the failed Gaza model of Hamas which shoots rockets at us, and turn the entire West Bank to that,” he told Ynet in an interview.

Bennet’s defense minister, Benny Gantz, met Abbas in the West Bank city of Ramallah late last month in the highest-level public meeting between Abbas and an Israeli minister since Israel’s new government was formed in June and the highest-level meeting of an Israeli official with Abbas since 2010.

In that meeting, the former IDF chief told Abbas that Israel would take measures to strengthen the Palestinian Authority’s economy.

Bennett, however, was less enthusiastic about meeting with the Palestinian leader.

“I see no logic in meeting Abbas when he’s suing our soldiers in the Hague and accuses our commanders of war crimes. In m opinion, the Palestinian Authority is a failed entity,” he said.

Bennett also reiterated his opposition to the reopening of the U.S. General Consulate to the Palestinians in East Jerusalem, saying that “Jerusalem is the capital of the State of Israel and no other country.”

srael captured the West Bank, East Jerusalem and the Gaza Strip from Jordan and Egypt in the 1967 Six-Day War. The Palestinians claim these territories for a future state, with East Jerusalem as its capital.

The premier also said that a full-blown conflict with the Gaza-ruling Hamas terrorist group could be prevented as cross-border tensions with Israel have reached new highs since both parties fought an eleven-day war against each other in May, with Hamas shooting rockets into Israeli border towns, prompting Israel to respond with airstrikes. 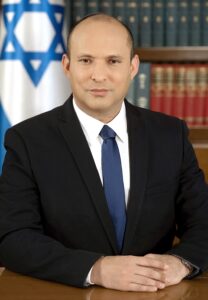 Bennett, who heads the far-right Yamina party, used to push a hawkish line against Hamas both as a cabinet minister and a member of the opposition, and often criticized his predecessor Benjamin Netanyahu — whom he replaced in June after 12 years in office — for failing to act with a firm hand against the Islamist faction’s attacks on Israeli civilians.

“We were on a round [of fighting] four months ago, before my time… Hamas fired rockets at Jerusalem and Tel Aviv, and here we are at the exact same point. Hamas is a jihadist organization that has made it its motto to fight us to the end. My responsibility is for the security of the citizens of the State of Israel and the residents of the south in particular,” Bennett said.

“I’ve got three missions: One, stopping rocket fire… Two, we can’t ignore their military build-up for the sake of peace like has happened in Lebanon over the past 15 years, with Hezbollah building an arsenal of 150,000 rockets under Israel’s nose. And third is that I must care for our sons,” he said, referring to the bodies of two Israeli soldiers and another two Israeli civilians held by Hamas.

Bennett said that he would agree to a prisoner swap with Hamas under the terms that Israel dictates.