Unstable Ultra-Orthodox man, who was released from prison just 3 weeks ago for a similar attack at one of Jerusalem’s first pride parades in 2005, was apprehended at scene, knife in hand.

The attack, which occurred on Keren Hayesod street in central Jerusalem, was carried out by an ultra-Orthodox Jewish man named as Yishai Schlisel by police.

According to Magen David Adom, Israel’s equivalent of the Red Cross, two of the casualties are in serious condition. 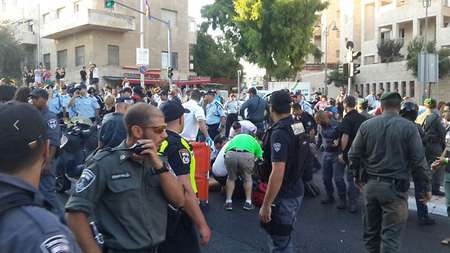 Israeli Prime Minister Benjamin Netanyahu spoke with Minister of Public Security Gilad Erdan and briefed him on the incident, “this is a very serious act. Freedom of choice in the State of Israel is one of the basic values, we must ensure that every man and woman will live in security any way they choose. This is the way we have always acted, and this is how we will continue.”

Ten years ago, at one of Jerusalem’s first pride parades, three people were also stabbed by Schlisel, who had been released from prison three weeks ago. 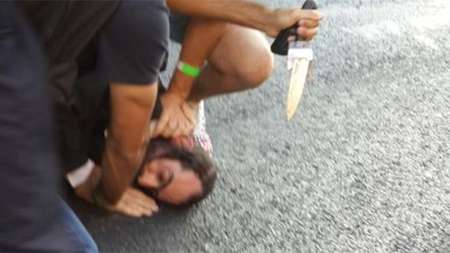 Some 5,000 people were expected to take part in Thursday’s parade, which continued on after the attack.
Hundreds of police are deployed to prevent violence breaking out in the highly conservative city during the annual march.

In past years, ultra-Orthodox Jews have gathered in the city’s Mea Shearim quarter to denounce what they consider the “abomination” of homosexuality.

Israel is widely seen as having liberal gay rights policies, despite the ultra-Orthodox hostility towards homosexuals, particularly men.

In August 2009, a masked man entered the Bar Noar gay youth center in Tel Aviv and killed two. The case is still unsolved.