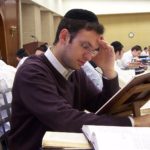 Although there has been an increase in ultra-Orthodox students entering academic institutions, an ultra-Orthodox man that has completed 19 years of yeshiva schooling is as prepared for the Israeli job market as a man who has completed only 10 years in the traditional public school system.

In a special report published Sunday the Bank of Israel looked at advancing the standard of living by increasing Israel’s productivity and determined that ultra-Orthodox men are under educated. 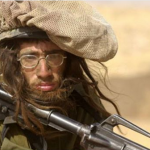 Israel’s ultra-Orthodox community is witnessing a revolt by its young as more & more haredim seek to transcend their lives of poverty & isolation by enlisting in the IDF, entering the country’s  workforce, & pursuing academic educations.

A quiet revolution is arising inside the insular world of Israel’s ultra-Orthodox Jewish community, chipping away at the walls its leaders have erected to protect against what they see as the dangers of secularism. More and more young ultra-Orthodox are insisting they can continue to lead pious lives while also embracing technology, the modern workplace and their fellow Israelis. Continue Reading »

Hundreds of Israeli ultra-Orthodox Jews took to the streets of Jerusalem on Friday evening to protest the opening of a new cinema multiplex that will be open on the Jewish Sabbath.

The demonstrators threw stones at police and smashed windows to protest the opening of the “Yes Planet” multiplex cinema complex.

Ultra-Orthodox Jews in Jerusalem and throughout Israel often protest against businesses or roads being open during the Jewish Sabbath in their areas as they see this as a desecration of the holy day. Continue Reading »

Unstable Ultra-Orthodox man, who was released from prison just 3 weeks ago for a similar attack at one of Jerusalem’s first pride parades in 2005, was apprehended at scene, knife in hand.

The attack, which occurred on Keren Hayesod street in central Jerusalem, was carried out by an ultra-Orthodox Jewish man named as Yishai Schlisel by police.

According to Magen David Adom, Israel’s equivalent of the Red Cross, two of the casualties are in serious condition. Continue Reading » 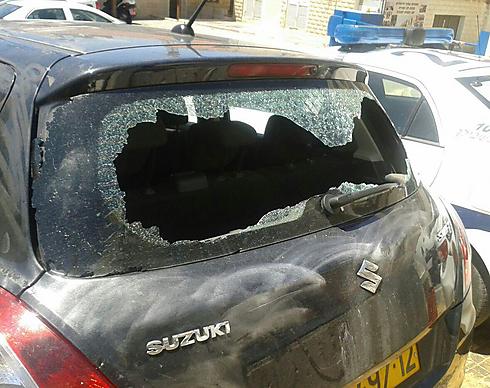 The officer, a resident of Kiryat Arba who serves in the Givati infantry brigade, had arrived at the neighborhood in Jerusalem to pay a visit to two of his soldiers – one of them a lone soldier whose grandfather had recently passed away.
Continue Reading »
Category: Israel News, Jewish News | Tags: Haredim, IDF soldier, Jerusalem, Mea Shearim, stone throwers, ultra-Orthodox
israelandstuffcom | October 25, 2014
No comments

Unlike El Al, Hareidi Men Disembarked Delta Flight After Refusing to Sit Next to Women

Earlier this week, a group of Jewish Ultra-Orthodox men who refused to sit next to women opted to disembarked from a Delta flight, when the surrounding passengers refused to acquiesce and change seats.

A group of hareidi men who were supposed to fly to Israel from the United States on Delta Airlines flight Tuesday night refused to sit next to women, who in turn refused to switch seats, causing them to disembark from the plane.

Flight 468 was set to depart from Kennedy Airport in New York. Continue Reading »

Most of Israelis disgruntled with Ultra-Orthodox power over the society

Annual Hiddush study revealed that 61% of Israelis support increased religion-state separation & 78% are dissatisfied with the gov’t’s actions on religion-&-state issues.

JTA – During the past 18 months, the governing coalition in Israel has passed legislation to extend the nation’s mandatory conscription to the Haredi — a group currently exempted from military service — and Knesset leaders have advanced bills that would allow for civil unions and ease restrictions on Jewish conversions.

Haredim in Jerusalem on March 13 protesting plans to draft them into the military. – Photo: AP

But a new study shows that the majority of Israeli electorate remains unhappy with the amount of religious influence on Israeli life and law.

By Mati Tuchfeld
The number of ultra-Orthodox Israeli men being drafted into the army has risen by 39 percent since the Knesset passed the Equal Sharing of the Burden Bill in March, according to a report presented to the cabinet on Sunday by the ministerial committee, headed by Science and Technology Minister Yaakov Peri, appointed to oversee the implementation of the law.
Continue Reading »
Category: Israel News | Tags: haredi draft, IDF Draft, ultra-Orthodox, Yaakov Peri
israelandstuffcom | June 17, 2014
No comments

Ultra-Orthodox Jewish (haredi) residents in Jerusalem have condemned the opening of an artificial beach in the city, saying it will lead to immorality and the desecration of the Jewish Sabbath.

The 2,000 square meter artificial beach, located at the First Train Station complex in Jerusalem, features pools, a surfing simulator and concerts. The concept is intended to give the landlocked city a taste of Tel Aviv beaches during the summer. Continue Reading » 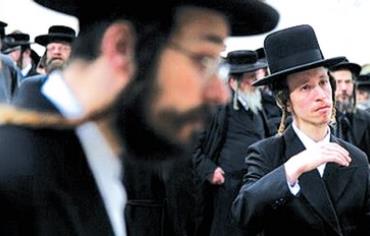 Though Supreme Court President Asher D. Grunis presided, justice Elyakim Rubinstein wrote the court’s opinion, including an anecdote at the end stating that members of a synagogue he attends recently told a young haredi man asking for charity that he should “go find a job.” Continue Reading »

“If 2013 marked a certain ease regarding the Haredi soldiers, then 2014’s public dispute about the Draft Law took us back by at least a year,” said the Nahal Haredi Organization. Continue Reading »

The hareidi resident of Petach Tikvah is suing for NIS 2.5 million after being forced to violate the Sabbath by the police, even though he was prepared to cooperate & walk to the Police Station.

A hareidi resident of Petach Tikvah is suing police for NIS 2.5 million, after police forced him to ride to a police station on Shabbat. The lawsuit is based on the man’s forced violation of the Sabbath at the hand of police, even though he was prepared to cooperate with police and walk to the station, which was a five minute stroll away, the man’s attorney said. Continue Reading »