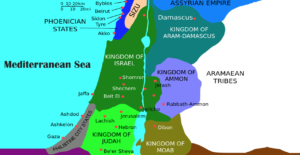 The politicalization of the UN and their popularly biased resolutions, such as the one that Obama allowed to be passed (that deems Jews in Jerusalem as ‘trespassers’ – UNSC Resolution 2334 denies Jews the right to pray at the Western Wall!) is an abomination of what’s ‘right’ and contradicts previously inshrined int’l laws.

It’s sad that such travesties of justice are used to allow anti-Semites, anti-Zionists, and Palestinian leaders to repeat over and over that the ‘settlements are illegal under int’l law’…when in truth, they are not.

Thank you Amb. Danon for setting the record straight!

Interested in a more detailed, yet succinct explanation, including the relevant links, that spotlights Israel’s rights in International Law?