WASHINGTON – When Bahrain’s foreign minister tweeted an article about Iran by Israeli’s US envoy, it underscored the shared nature of the Iranian threat, according to the envoy. 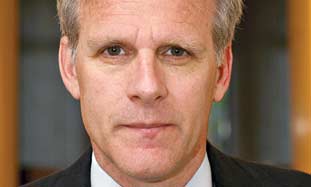 “It shows that the Iranian nuclear program is not solely an Israel concern but one of the entire Middle East,” Ambassador Michael Oren told The Jerusalem Post Thursday.

In the piece, Oren warned that Iran’s progress in its nuclear program demonstrated that diplomacy and sanctions have failed to end Tehran’s nuclear threat.

“A combination of truly crippling sanctions and a credible military threat — a threat that the ayatollahs still do not believe today — may yet convince Iran to relinquish its nuclear dreams,” Oren wrote.

But he went on to caution that “time is dwindling and, with each passing day, the lives of eight million Israelis grow increasingly imperiled.”

Oren stressed that Israel wants to see the issue resolved diplomatically. But he noted that US President Barack Obama has “affirmed Israel’s right ‘to defend itself, by itself, against any threat.’” The ambassador continued, “Historically, Israel has exercised that right only after exhausting all reasonable diplomatic means. But as the repeated attempts to negotiate with Iran have demonstrated, neither diplomacy nor sanctions has removed the threat.”

Gulf states such as Bahrain have long been understood to fear a nuclear-armed Iran, and US diplomatic cables made available through WikiLeaks revealed Gulf leaders in some cases calling for military action to prevent an Iranian bomb.

However, it is extremely rare for an Arab official to take a public position that seems to endorse that view or to back an Israeli perspective.