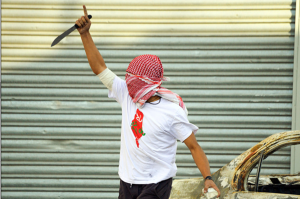 If the bill passes in the Knesset, security personnel will be allowed to search anyone in a place prone to violence, should they think there’s reasonable suspicion to think the suspect may be carrying a weapon.

A bill expanding the meaning of probable cause for searching a suspect’s person for weapons was approved by the cabinet Sunday. 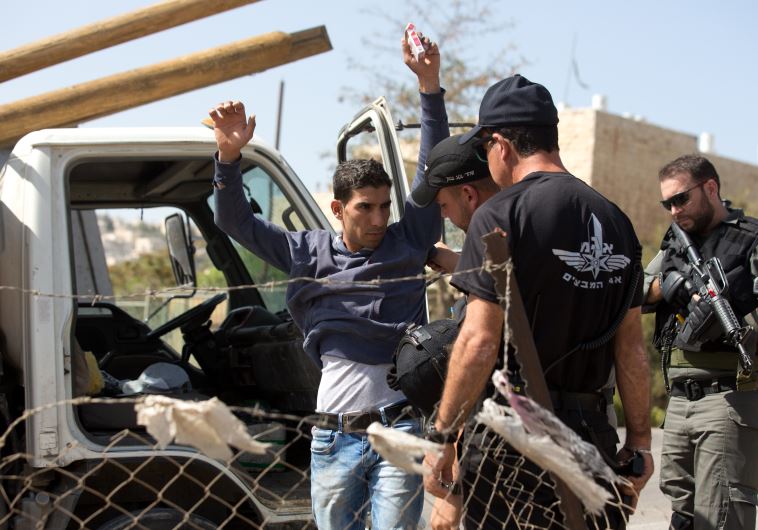 Border police check a Palestinian driver on a road outside the Palestinian neighborhood of Jabel Mukabaer in East Jerusalem. – Photo: MENAHEM KAHANA/AFP

“Following recent terrorist attacks, there is an urgent need to give the police authority to conduct body searches in order to better deal with knife terrorism,” Public Security Minister Gilad Erdan, who proposed the amendment, explained. “This is another step I am promoting in a series of decisions to strengthen the police and its authority to increase personal security in the streets.

The existing law allows police officers to search a person’s body, clothing and things he or she is carrying if the officer has a reasonable suspicion that the person is carrying a weapon, which essentially means that the police officer had to see something he or she thought could be a weapon in order to conduct the search.If the bill passes three votes in the Knesset, police officers will be able to search anyone in a place prone to violence if they think have reason to think he or she may use a weapon– for example, if someone is brawling or if someone spoke threateningly – without a visual cue that the person may be carrying a weapon, and allow evidence found in such a search to be admissible in court.

Places prone to violence include “clubs, puts and discotheques and other places meant for recreation and in which alcoholic drinks are sold to be drunk in that place, places with arcade games, billiards, card games, games of dice and others, sports fields, stadiums and any other place with sports competitions, and places a regional police commander declared temporarily as a place where such searches can be made…if he has a reasonable suspicion that peace could be disturbed by an act of violence in that place.”

If a place is temporarily declared as a zone in which such searches can be conducted, police must hang signs stating that they have that right, and the police officers have the authority to search people connected to activities in that zone, not random passers-by.

The bill is identical to a government proposal from 2010 that did not make it through the Knesset, except in that it adds suspicion of terrorism and not just of criminal activity to the reasons a police officer could search someone or declare a zone in which searches are permitted.

The bill only applies to searches for weapons and not drugs or anything else, in order to lessen violations of privacy.

Meretz chairwoman Zehava Gal-On accused Erdan of using the security situation in order to “push Israel further away from norms that are appropriate for a democratic country.

“Erdan hitched a ride on a five-year-old bill that is barely connected to terrorism,” Gal-On added. “Experience shows that the bill will probably be used to humiliate and discriminate people on the basis of ethnicity and background, and will not be applied equally to all citizens.”

According to Gal-On, police already have enough tools to conduct searches when they are necessary, and there is no need to give them more authority, “which will be used at the end of the day to deepen discrimination and fear.”