High Court gives Knesset until May1 to name FADC chair since Netanyahu & Lapid could not agree over who would take the position first.

The Knesset must appoint a chairperson for its sensitive Foreign Affairs and Defense Committee by May 1, the High Court of Justice ruled on Thursday. 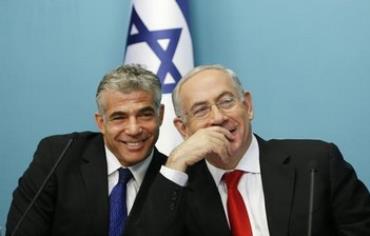 In a rare move, the court issued an interim order compelling the parliament to name a chair for the committee after a petition on the matter was filed by jointly by Labor Party chairman and opposition chief Isaac Herzog and the transparency NGO Movement for Quality in Government.

Thus far, the government has been deadlocked in naming a committee head, with Prime Minister Binyamin Netanyahu favoring his Likud ally, MK Tzachi Hanegbi, while Finance Minister Yair Lapid insists that a deputy from his Yesh Atid faction, Ofer Shelah, be given the post.

Both sides agreed to a rotation arrangement, though they could not come to agreement on who would take up the position first.

In response to the petition, the Knesset told the court that it would resolve the issue by May 29. But the High Court rejected this pledge, instead ordering the parliament to install a committee head by May 1.