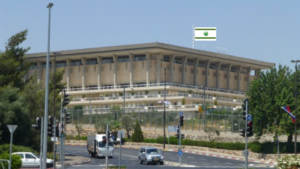 Medical cannabis stocks reaps windfall at Tel Aviv Stock Exchange as the reform, meant to allow the export of medical marijuana farmed & processed in Israel, was passed with the intention of infusing up to $1 billion annually into state coffers.

The Knesset, Israel’s parliament, on Tuesday approved a reform that would allow the export of medical cannabis farmed and processed in the country. In total, 21 MKs voted for the law, which passed unopposed. The implementation of the reform, in the works since 2016, is still pending a final vote by ministers.

The reform is forecasted to bring the country anywhere between $70 million and $1 billion a year.

Though cannabis remains illegal for recreational use in Israel, medical permits for consuming cannabis for physical and mental health issues have been handed out in the country since 2008.With dozens of cannabis-related startups and companies and available government funding for research, medicalization and training programs for physicians, Israel is considered a haven for medical cannabis companies and has been drawing attention from international investors and potential clients for years.

Since talks of the planned reform began, many Israeli farmers have applied for medical cannabis farming and marketing licenses, and some international companies have taken steps to set up local operations, expecting the reform pass. Bureaucratic hurdles that have delayed the reform left farmers and entrepreneurs in the dark, leading some Israeli companies to set up farms outside of Israel.

The bill was amended prior to being brought before the Knesset plenum, and now gives the Israeli police a say in issuing the farming and processing permits.

Cannabis stocks are soaring on the Tel Aviv Stock Exchange after Israel’s parliament voted yes on Tuesday on the country’s long-awaited medical cannabis export reform, though the reform still has to get the green light from the government.

On Tuesday, the Israel Securities Authority issued a warning about trade in speculative cannabis stocks, as most of the traded companies have future plans and memorandums of understandings rather than actual operational businesses in the domain. Investors remained undeterred.

Israel-based cannabis company Medivie Therapeutic Ltd. climbed 32.7% on Tel Aviv by Wednesday market close and is currently trending up. Together Pharma Ltd. rose 60.2% and is also currently trending up. Both companies have yet to set up actual farming operations, but have already reported production and export deals signed.

Together was fined NIS 30,000 in October for offering securities to the public without an authorized prospectus. The company has been preparing for approval of the long-awaited reform for some time, Together’s CEO Nissim Bracha told Calcalist in an interview Wednesday.

Medical cannabis company InterCure Ltd., chaired by former Israeli Prime Minister Ehud Barak, rose 23.5% by Wednesday market close, making for a 1230.5% increase since the beginning of 2018. Tefen Industrial Engineering Management and Systems Analysis Ltd., which pivoted to cannabis earlier this year, rose 9% over the past two days. Both companies are currently trending up.

Privately-held Israeli medical cannabis cultivator and supplier Tikun Olam Ltd., founded in 2005, has recently acquired land, and farming and export permits in Greece, seeing Israeli lawmakers dragging their feet with the local reform. Once the reform is approved by the government, the company will be ready to bring its produce to markets other than Israel, CEO Aharon Lutzky told Calcalist Wednesday.