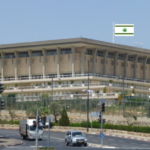 Medical cannabis stocks reaps windfall at Tel Aviv Stock Exchange as the reform, meant to allow the export of medical marijuana farmed & processed in Israel, was passed with the intention of infusing up to $1 billion annually into state coffers.

The Knesset, Israel’s parliament, on Tuesday approved a reform that would allow the export of medical cannabis farmed and processed in the country. In total, 21 MKs voted for the law, which passed unopposed. The implementation of the reform, in the works since 2016, is still pending a final vote by ministers.

The reform is forecasted to bring the country anywhere between $70 million and $1 billion a year. Continue Reading »

Borderfree, an American-Israeli company that is provides American retailers with a platform to reach customers overseas, has confidentially filed for an initial public offering, the Wall Street Journal reported in a blog over the weekend, citing a source it did not identify.

The company, which was previously known as FiftyOne Global Ecommerce, is headquartered in New York, but has an office in Tel Aviv. Its clients include a number of major American retail chains, including Saks Fifth Avenue, Pottery Barn, Sears, Sephora and Neiman Marcus.

In Stiff competition: Teva will sell Generic Viagra-impotence drug from 2017

The sales of Teva’s Generic Viagra could provide the company with succor from the specter of generic competition to its Copaxone.

By Reuters and Haaretz

Teva Pharmaceutical Industries may sell a generic form of Viagra starting in late 2017, Pfizer said on Tuesday. The announcement marks the end of protracted patent litigation between the two drugmakers.

Pfizer’s U.S. patent on Viagra only lapses in 2020, including a six-month extension granted for having tested the medicine in young patients. But now, following its agreement with Pfizer, the Israeli drugmaker may launch its copycat version of the impotence drug years before other generic drugmakers.