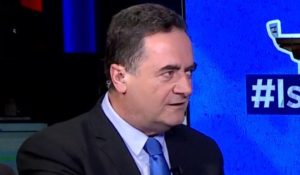 For the first time ever, the Israeli government is preparing an official initiative to relocate and open foreign embassies in Jerusalem. Foreign Minister Yisrael Katz will soon present his proposal to the cabinet to designate the transfer of embassies to Jerusalem as a “national, diplomatic and strategic objective of the highest order.” To realize the goal, Katz has formulated an incentives package aimed at encouraging countries to move their official embassies to the Israeli capital.

When Katz began his tenure as foreign minister in February 2019, he learned there were countries that agree in principle to open their embassies in Jerusalem but seek reciprocal measures from Israel in exchange. For example, Honduras and El Salvador have agreed to open embassies in Jerusalem but want Israel to open full diplomatic missions in their respective capitals in return – a move which hasn’t been forthcoming on Israel’s part.

Other countries have requested developmental and economic aid from Israel, while also hoping such a move would open doors in the United Sates and have even asked Israel to help pay for the relocation to Jerusalem. In these cases, too, there has been little to no Israeli follow-up, which has stalled progress on the matter.

In his upcoming presentation to the government, Katz will propose giving countries willing to move their embassies to Jerusalem an aid package worth NIS 50 million (around $14.2 million). Because Israel is preparing for another general election, scheduled for September 17, Katz’s proposal pertains to the 2020 national budget. However, according to his proposal, he would have the authority to divert resources from the current budget to facilitate such an embassy move.

The funds would be earmarked to help finance the relocation or launch of a new embassy, or transfer the ambassador’s residence to Jerusalem; locate and designate suitable real estate; help the Jerusalem Municipality, local authorities and relevant bodies make the proper accommodations; and provide cooperation and other aid to the relevant country in accordance with the circumstances. A steering committee headed by Foreign Ministry Director-General Yuval Rotem will decide how the aid packages are allocated among the countries.

‘The most important objective’

Ever since US President Donald Trump’s recognition of Jerusalem as the capital of Israel in May 2018, only Guatemala has joined the Americans in relocating their embassy to the city. Prime Minister Benjamin Netanyahu has raised the embassy issue in various diplomatic gatherings with foreign leaders, as has Deputy Foreign Minister Tzipi Hotovely on visits to numerous European countries.

Speaking to Israel Hayom Katz said, “There is nothing more expressive of our return to Zion and the success of Zionism than strengthening the sovereignty of Israel and the Jewish people in Jerusalem. Bolstering Jerusalem’s status in the world is the most important objective I’ve set for myself as foreign minister. Jerusalem was and always will be the beating heart of the Jewish nation.”