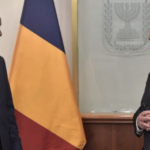 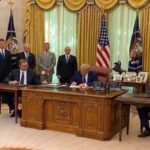 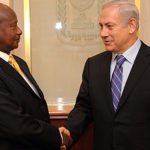 The Hebrew website Ynet reported on Wednesday that Prime Minister Benjamin Netanyahu is expected to travel to Uganda on Monday, but did not cite a reason for the visit. Continue Reading » 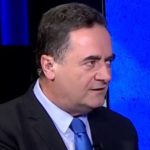 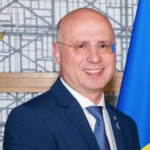 “Today we adopted the decision to relocate the Embassy of the Republic of Moldova in Israel from Tel Aviv to Jerusalem. It was a long overdue commitment to support our allies,” tweeted Prime Minister Pavel Filip.

Amid domestic political turmoil, Moldova on Tuesday declared its intention to move its embassy in Israel from Tel Aviv to Jerusalem.

“Today we adopted the decision to relocate the Embassy of the Republic of Moldova in Israel from Tel Aviv to Jerusalem. It was a long overdue commitment to support our allies,” tweeted Prime Minister Pavel Filip. Continue Reading » 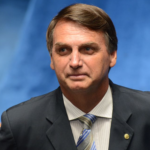 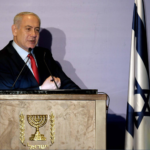 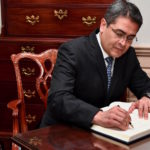 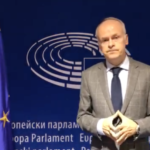 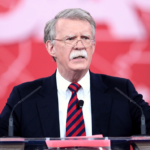 US national security adviser John Bolton told reporters at the White House on Wednesday that the president authorized withdrawal from the Optional Protocol to the Vienna Convention on Diplomatic Relations— while remaining party to the overall treaty— in order to undercut “politicized litigation” from the “so-called state of Palestine,” currently challenging the US for its relocation of the US embassy in Israel to Jerusalem. Continue Reading » 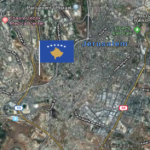 Promising to build its embassy in Jerusalem should Israel recognize Kosovo, President Hashim Thaci also noted that Kosovo would never vote against US interests in the UN.

Located in the Balkan Peninsula, the Republic of Kosovo unilaterally declared itself independent from Serbia in 2008. With a majority ethnic Albanian Muslim population, it remains the subject of territorial dispute between the two countries. In 2013, the two governments established the Brussels Agreement, mediated by the European Union, for normalizing their relations. Continue Reading »

To the chagrin of the European Union, whose position on Jerusalem’s status is to be the capital of a probable, future Palestinian state, the Czech Republic’s PM Andrej Babis and President Milos Zeman, along with prominent ministers of gov’t, signed a statement for “the plan to move the Czech embassy to Jerusalem.”

The Czech Republic’s prime minister and two senior ministers on Wednesday threw their support behind President Milos Zeman’s ambition of relocating the country’s embassy in Israel to Jerusalem.

In April, just weeks before the United States relocated its mission to Jerusalem, Zeman announced a three-stage plan to rejig the central European state’s stance on the holy city, which ended in moving its embassy there.