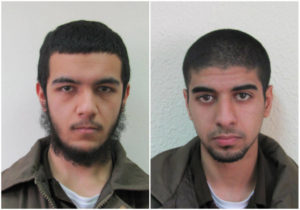 The attack was thwarted thanks to accurate intelligence information that enabled the security forces to arrest the members of the terrorist cell before they could obtain weapons and actualize their plans.

According to the Shin Bet, the cell planned to carry out a shooting attack at the al-Aksa Mosque compound similar to the attack on July 14, in which two Israeli police officers were murdered.

The July attack, which was carried out by three Israeli Arabs also from Umm el-Fahm, led to authorities placing metal detectors at the site which led to riots and weeks of violence between Palestinians and Israeli troops.

The Shin Bet stated that in addition to the shooting attack that was thwarted, some of the cell members discussed carrying out attacks on holy buildings – such as synagogues or churches – or against IDF troops or Israel Police

They also had discussed carrying out a terrorist attack during Christmas.

“The Shin Bet considers Israelis who support the Islamic State terrorist organization as a serious threat, especially those who maintain contacts with the organization’s activists and operate under the auspices of the organization in the territory of the State of Israel,” the agency stated.

Israel declared ISIS an illegal organization in 2014, and has so far largely avoided an attack by the group, though several Arab Israelis have been arrested on suspicion of links with ISIS and plans to carry out attacks inspired by the Sunni extremist group.

In October 2015, authorities broke up the first known case of an ISIS plot in Israel and indicted seven Israeli Arabs on charges of belonging to an ISIS cell and planning to attack military targets.

The first deadly attack believed to have been inspired by the jihadist group was in January 2016 when an Israeli Arab went on a shooting spree in Tel Aviv, killing three people. Six months later, two Palestinians shot dead four Israelis at Tel Aviv’s Sarona Market.

According to the Shin Bet, some 60 Israeli citizens have traveled to Syria or neighboring Iraq to fight with rebel groups, including ISIS.