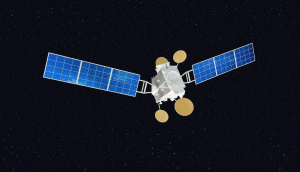 Israel’s Knesset Subcommittee on Space says restarting satellite program must be made a national priority
after the loss of Amos-5 & Amos-6 satellites, leaving Israel with only 2 working communication satellites.

Israel will have only two communications satellites in space in 2017, but it needs to maintain four satellites in orbit, a new report by the Knesset Subcommittee on Space said.

The panel, reporting to the Knesset Science and Technology Committee, was set up following the loss of the Amos-5 and Amos-6 communications satellites.

Communications with Amos-5 was lost in November 2015, while Amos-6 was destroyed in Sept. 1 in an explosion during a routine test at Cape Canaveral Airbase in Florida (shown above).

“Israel is not developing a new communication satellite at this point, and there is an actual concern that in case of emergency, this could seriously impede communications, the economy and the public’s daily routine,” he said.