Jewish world outraged: Convicted Nazi war criminals who immigrated to America, hiding & lying about their past, were subsequently expelled from the US, but collected millions in social security payments.

Revelations that the United States currently pays social security and other benefits to concentration camp guards and others involved in carrying out the Holocaust has scandalized the Jewish world, eliciting harsh condemnations from many quarters. 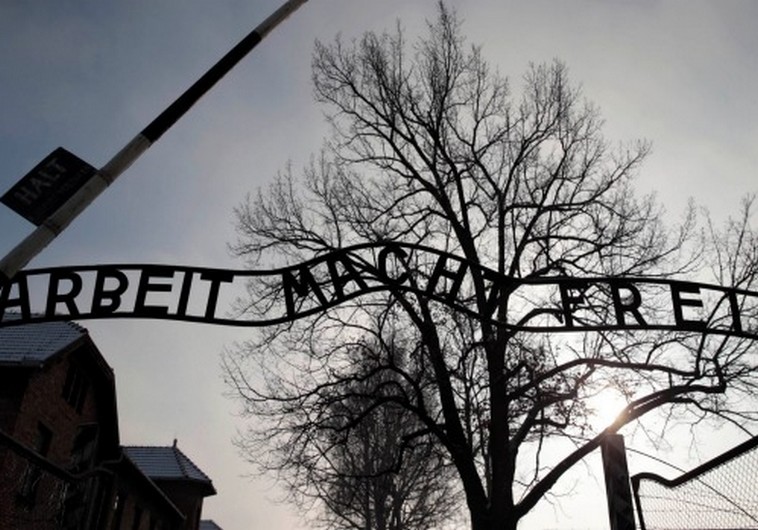 The entrance to the Auschwitz death camp. – Photo: REUTERS

That such payments continue to be made to participants in the Nazi genocide who were deported from the US due to their crimes was revealed by the Associated Press on Monday, following an extensive investigation. According to the investigation, war criminals who immigrated to America, were outed and subsequently expelled, have collected millions in state benefits. The wire service claimed that they were able to account for four such beneficiaries who still collect this government largesse, which was used to pressure them to leave the country, obviating the need for long, drawn out deportation proceedings.

Most Nazi war criminals and collaborators were never held accountable, Estee Yaari, a spokeswoman for Yad Vashem, told The Jerusalem Post. Asserting that there can be no statute of limitation on the Holocaust, Yaari called on America to stop the payments and to bring the recipients to justice in their respective countries.

“It’s maddening that some of these criminals who were forced out of the US once their past was uncovered were able to collect social security and live free lives,” she said.

Polish Chief Rabbi Michael Schudrich went even further in his criticism of Washington, stating that the use of government funds “to help war criminals is to desecrate the memory of the victims of the Shoah.”

Deborah Lipstadt, a former member of the United States Holocaust Memorial Council appointed by President Clinton, called the payments “outrageous,  especially if it were done to make the OSI’s stats look good.”

The OSI, or Office of Special Investigations, was a unit in the Department of Justice tasked with uncovering Nazi war criminals.

The payments, she said, are “Quite a cushy deal for these folks who were part of the murder operation.”

Samuel Dubbin, a Florida lawyer who has represented Holocaust survivors in a number of high profile restitution cases, said that the “survivor leadership supports the immediate elimination of the Social Security loophole, yet are not surprised to learn that the U.S. government has been refusing to acknowledge or correct its actions, as it has protected the thefts perpetrated by global insurers like Allianz and Generali, and refuses to press Germany to fully fund the needs of Holocaust survivors worldwide.”

Despite all of the furor over the payments, however, the issue is more complex than presented in the media, Dr. Efraim Zuroff, a Nazi hunter with the Simon Wiesenthal Center asserted.

“The maximum ‘justice’ available in these cases under US law was deportation, except in cases in which there was a country seeking extradition to put the Nazi on trial, which was a very rare occurrence,” he explained. “Under those circumstances, the US pushed to get as many of these Nwc out of the country and one of the ways of doing so, was to offer them the possibility of retaining Social Security privileges, if they would depart before a court ordered them deported, thereby hastening their departure and saving the US endless legal proceedings (and the expenses involved).”

“The thought of these Nazi war criminals and collaborators enjoying their final years courtesy of US payments is absolutely abhorrent, but the reality is much more complex than that.”

The Simon Wiesenthal Center publicly called for a cessation of payments on Monday.