WATCH trailer of Seth Rogan wearing a knitted sweater featuring a big Star of David in a new comedy, ‘The Night Before.’
•Kate Winslet is a brutal mafiosa who wears a Star of David in the thriller ‘Triple 9.’
• Christian Bale, Vin Diesel,  & even Miley Cyrus have also been photographed sporting the Jewish symbol, turning it into a ‘must’ Hollywood accessory.

The Star of David is the ultimate Jewish symbol. It has followed our tribe through the ages, and ended up on the flag of the State of Israel. Every time we see it we feel a sense of belonging and familiarity. 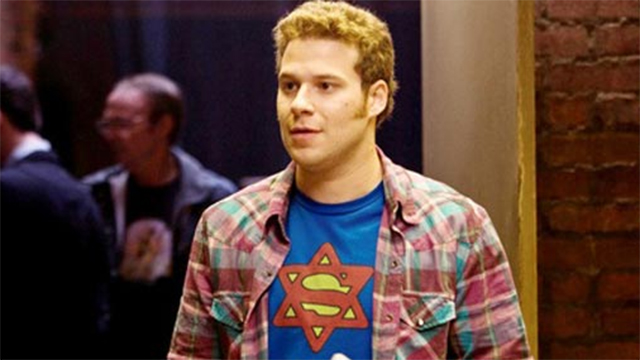 He sports the sweater throughout the snowy streets of New York, at Christmas parties and even in church. In that scene, the funniest of the film, he shouts while under the influence of drugs: “We didn’t kill Jesus, we didn’t kill Jesus!”

Rogen also wore a Star of David on his chest in the dramedy “Funny People,” in which he was seen in a “Super-Jew” t-shirt.

Here in Israel, Stars of David are visible everywhere – flying in blue and white at the top of towers, painted in red on the back of ambulances and in gold on necklaces. It’s a common sight, nothing to write home about. 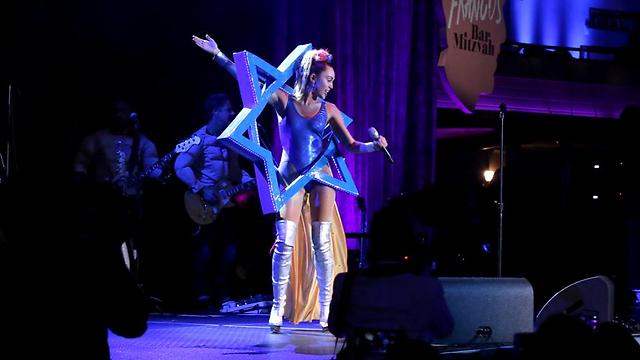 But when they suddenly start popping up on the big screen in major American movies, it’s hard not to feel proud and smile. And indeed, the symbol has been seen in a string of recent Hollywood releases.

New comedy “The Night Before,” which just came out in Israeli cinemas, might seem like typical Christmas fare. However Seth Rogen, who stars in the film, is a kosher Jew, as are director Jonathan Levin and co-stars Joseph Gordon-Levitt, James Franco and Lizzy Caplan. Rogen takes care to emphasize that his character, Isaac, is also Jewish – and for most of the film he’s dressed in a knitted sweater that features a large Star of David. 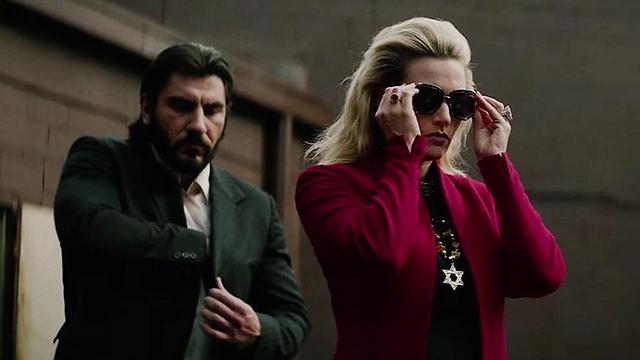 But it’s not just Jews who have been spotted wearing the Jewish symbol. Miley Cyrus performed with a large foam Star of David during “James Franco’s bar mitzvah,” a recent fundraising event.

More evidence of the current Star of David trend can be found back in Hollywood. Kate Winslet wears one in her upcoming thriller “Triple 9,” in which she plays a brutal member of the Mafia who is a Jew of Israeli-Russian extraction. 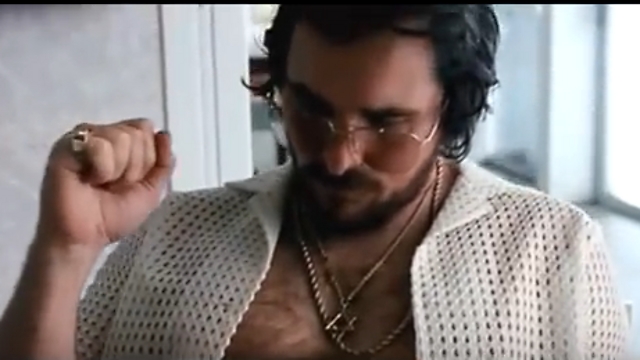 In David O. Russell’s 2013 hit “American Dream,” Christian Bale wears a gold chain with a chunky Star of David in his role as Irving Rosenfeld.

Martin Scorsese’s 2013 “The Wolf of Wall Street” also features a Jewish character as part of Leonardo DiCaprio’s entourage. Brad Bodnick, played by John Bernthal, is seen shirtless at one point, showing off a large “chai” necklace.

Going back to 2001, Vin Diesel comedy “Knockaround Guys” features the brawny actor in a small vest and big muscles proving that you can also have Jews with shaved heads who are tough and even violent. Diesel’s character in the film has a large Star of David tattoo on his right arm. 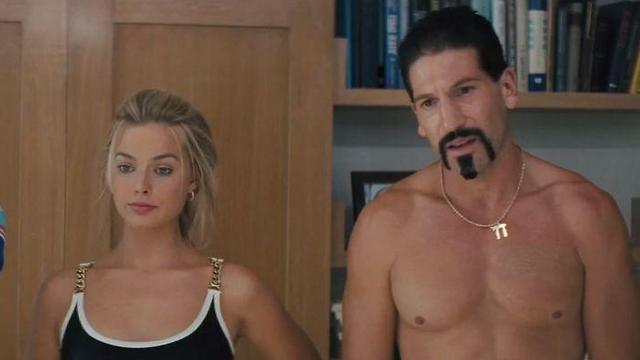 John Bernthal in ‘The Wolf of Wall Street’

So has our Star of David become the latest Hollywood fashion trend? It’s not certain. In the past we would most often see them as a yellow patch in films about the Holocaust. And even though it’s now appearing in comedies and dramas, its usage is similar.

On the one hand you feel proud when you see the symbol on the big screen; on the other it’s still just a way to signpost Jews in movies, without which it’s unlikely we would identify Kate Winslet, Christian Bale et al as members of the tribe.

And here’s the trailer for Seth Rogen’s new film, ‘The Night Before’: