A Western intelligence source speaking exclusively to The Jerusalem Post on Thursday revealed that it was Hamas that bombed homes and vehicles belonging to Fatah officials in Gaza last Friday, and made sure to forge a false claim of responsibility by the Islamic State in Gaza. 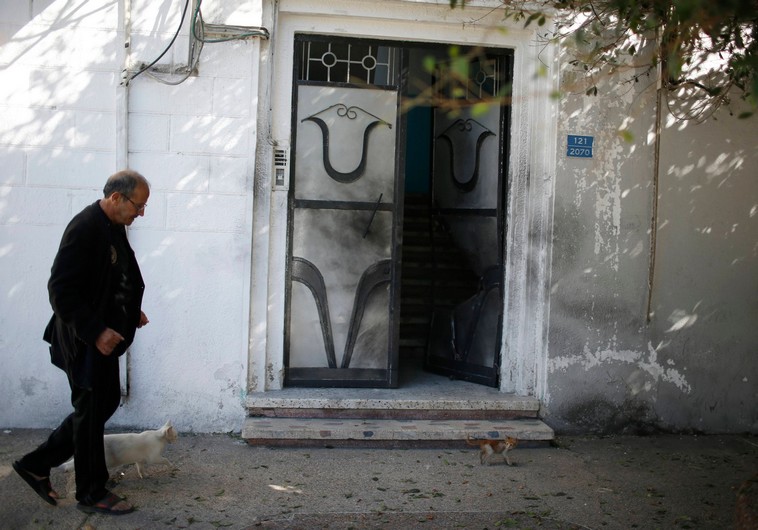 A man walks past a damaged door of a Fatah official’s home after an explosion in Gaza City November 7, 2014 – Photo By: REUTERS

The source also revealed that the incident – that caused damage but no injuries – was conducted by Hamas’s military branch, the Izz ad-Din al-Kassam Brigades without a prior “heads-up” to the political leaders of Hamas.

“We will not allow the return of internal conflicts, chaos and anarchy to the Gaza Strip,”  Hamas spokesman Eyad Al-Bozom said at the time of the blasts.

“The security services will pursue anyone who had any connection to these criminal acts until they are brought to justice,” he added.

The intelligence source said such activities may form a pattern of operation conducted by Hamas when it wants to hurt its rivals without being blamed.

The source added that the explosion at the French Culture Center in Gaza at the beginning of October was also the work of the Kassam Brigades. In that case as well, Hamas issued a false claim alleging Islamic State responsibility .