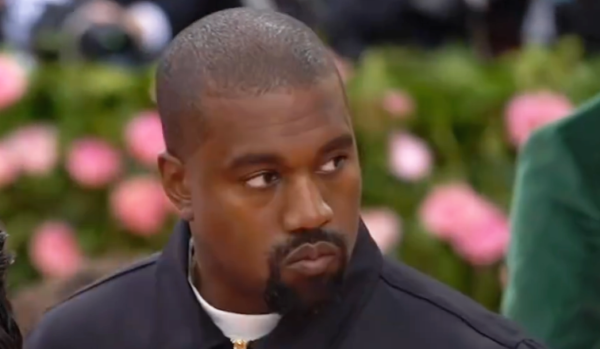 Kanye West goes on to tweet that he can’t be antisemitic, “because black people are actually Jews also.”

American rapper Kanye West threatened Jewish people about a supposed conflict with him over a Jewish agenda and said that he couldn’t be antisemitic because black people are Jews also, in a now-removed tweet on Sunday morning. 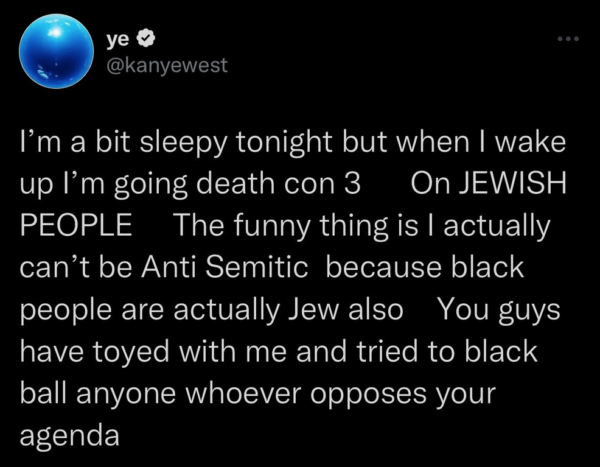 West, who had been largely inactive on Twitter until recently, shared a screenshot of a Forbes article relating how he had migrated to the social media platform from Instagram, which had restricted his account over apparent antisemitic remarks.

“Who do you think created cancel culture?” West posted in another tweet not long after the first remark.

Earlier, West chastised Facebook founder Mark Zuckerberg over his removal from Instagram, sharing a picture of the two and saying that they used to be close.

The tweet was removed by Twitter for violating the platform’s rules just over an hour after posting. 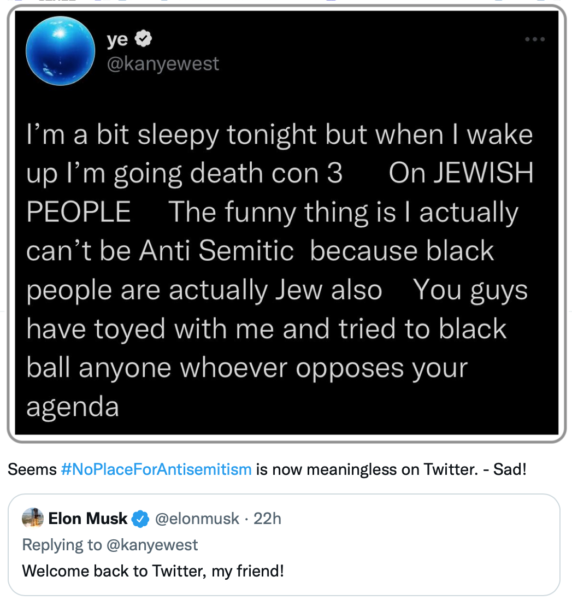 West also addressed accusations of antisemitism, saying that “The funny thing is I actually can’t be antisemitic because black people are actually Jew [sic] also.”

This comment is in line with the beliefs and rhetoric of the Black Hebrew Israelite cult and some black supremacist movements, which identify people of African descent as the true Jews, and those that otherwise identify as Jewish as fake Jews.

On Friday West had posted on Instagram screenshots of a conversation with fellow rapper Diddy, in which he had said “Ima [sic] use you as an example to show the Jewish people that told you to call me that no one can threaten or influence me.”

West has recently been courting controversy, in which photos of him wearing a “white lives matter” shirt circulated online, and he did an interview on Tucker Carlson in which he bashed the Kushner family.

West, who now goes by the pseudonym Ye, criticized Jared Kushner’s role in the Trump administration in the interview.

“When I think about all of these things that Jared somehow doesn’t get enough credit for with his work and what is his work, Israel or his work in Pal[estine]… you know he made these peace treaties,” said West, referring to the Abraham Accords. “I just think it was to make money.”

“I just think that’s what they’re about, is making money,” West continued. “I don’t think that they have the ability to make anything on their own. I think they were born into money,” he said of the Kushner family.

West also discussed his views on abortion, the connections between Kim Kardashian and the Clinton family, and his support for former president Donald Trump.

Gadi Zaig and Jerusalem Post Staff contributed to this report.