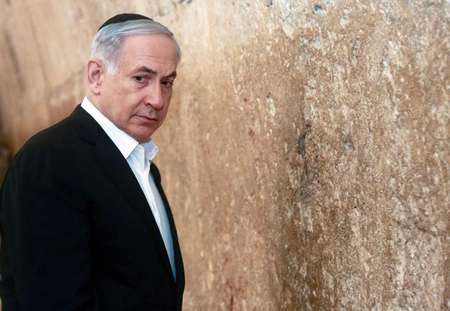 Speaking to the Council in Geneva, Kerry also enjoined the group to probe human rights abuses in eastern portions of Ukraine by pro-Russian rebels as well as in North Korea.

“It must be said that the HRC’s obsession with Israel actually risks undermining the credibility of the entire organization,” the top US diplomat said.

“We will oppose any group within the UN system (attempting) to regularly and arbitrarily de-legitimize Israel,” he said.

Calling the council’s record on Israel “deeply concerning,” he said “no country on earth should be free from scrutiny, but neither should any country be (subjected) to bias”.

His defense comes at a time when ties between the United States and the Jewish state have cooled over Prime Minister Benjamin Netanyahu’s attempts to dissuade the US administration from making a deal with Iran on reining in its nuclear program.

Kerry’s defense of Israel at the UNHRC also comes ahead of an expected March 23 report on Israel’s actions in last summer’s war with Gaza.

Kerry also warned Israel’s prime minister against revealing details at his upcoming speech to US Congress of an Iran nuclear deal that world powers are in the process of negotiating.

While he did not mention Benjamin Netanyahu by name, Kerry told reporters in Geneva he was “concerned by reports” that “selective details” of the deal aimed at curbing Tehran’s nuclear program would be revealed in the coming days.

His comments come after an Israeli official said the Jewish state knew about the emerging agreement and that the prime minister would elaborate in his congressional address.

Kerry is due to meet his Iranian counterpart Mohammed Javad Zarif in the Swiss lakeside town of Montreux later Monday for talks on the Iran agreement.

“The best way to deal with the question surrounding this nuclear program is to find a comprehensive deal, but not a deal which comes at any costs,” he told reporters.

“We have made some progress, but we still have a long way to go, and the clock is ticking.”

The P5+1 group of world powers that are negotiating with Iran have until March 31 to reach a framework for a deal, which would then be firmed up and officially signed on June 30.

But Israel is worried that the deal will ease sanctions on Tehran — which is what Iran wants — without applying sufficiently stringent safeguards against Iran developing an atomic bomb.