The Knesset and Defense Ministry will honor the memory of American-born IDF soldier Michael Levin in its Remembrance Day for the Fallen of Israel’s Wars ceremony on Sunday night. 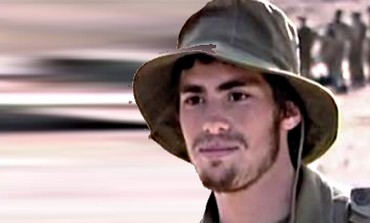 Short documentary videos will be combined with songs and poetry readings about the fallen.

Levin immigrated to Israel from Philadelphia in 2002 and joined the Paratroop Brigade. He fought in the Second Lebanon War, cutting short a vacation to the US to rejoin his comrades.

On August 21, 2006, a Hezbollah sniper killed Levin in the southern Lebanese village of Ayta a-Shayeb. He was 21 years old.

In 2009, The Lone Soldier Center in memory of Michael Levin was founded by a group of former lone soldiers (soldiers in Israel without close relatives) and Tziki Aud, a Jewish Agency worker who supported new immigrants and was close to Levin.

Aud said Levin told him he dreamed of a center for lone soldiers where they could receive meals, support and advice during their IDF service.

There are branches of the Lone Soldier Center in Jerusalem and Tel Aviv.

Levin will be honored in this year’s Remembrance Day ceremony at the Knesset, which will emphasize acts of memorialization of the fallen, such as the dedication of the lone soldier center in his name.

About 3,000 family members of the fallen are expected to attend the fourth annual “Songs in their Memory” ceremony at the Knesset on Sunday night.

Works of art by soldiers who died during their service, gathered by the Defense Ministry, will also be displayed at the ceremony.

Books of art and writing by soldiers who were later killed, titled Parchment of Fire, were first published in 1952, after the poet Reuven Avinoam, who lost his son Noam in the War of Independence, asked then-prime minister Ben-Gurion to collect and publish such works.

Seven Parchment of Fire books have been published. In 1965, the first three volumes were translated to English and, in 1970, a record was released of songs based on poems from the books.