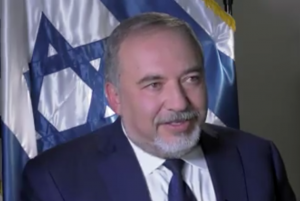 Defense Minister Avigdor Lieberman lauded in an interview with a Russian newspaper published Thursday the “special relationship” Israel had forged with Russia, adding he expected Russia’s “understanding and support of our vital interests in the Middle East.”
“Our relations with Russia are normal and we take into account its interests. We hope it does the same,” Lieberman iterated in the interview with the Kommersant daily, characterizing bilateral relations between the countries as “efficient and transparent.”

Offering proof of the relationship’s strength, the defense minister noted that while “many countries have expelled Russian diplomats lately, Israel did not join the trend.”

On the topic of Russian S-300 air defense systems possibly being supplied to Syria, which Jerusalem fears may be turned against Israel, Lieberman reiterated his position he made during a Ynet studio interview last week, stating that if the system was used against, it would retaliate.”If the systems are not turned against us, that’s one thing. But if they open fire on Israeli planes, we’ll certainly retaliate,” he said, before stressing Israel did not actively seek confrontation with Russia, nor does harbor any intentions of meddling in Syria’s internal affairs.

If Russian S-300 defense system was turned against Israeli planes, Lieberman said, it will be destroyed. – Photos: Israel Defence Ministry/Wikimedia

“In the past few years,” Lieberman added, “an open, clear and transparent dialogue with Russia was engendered, when our opinions lined up and even when they didn’t. We always hold a transparent discourse, without hiding anything.”

“It actively sought to not only enrich uranium but also to manufacture nuclear weapons,” he said. “They simply temporarily halted their program in order to maximize their benefits from the deal.

“Why does Iran even need enriched uranium when it has huge oil and gas deposits?” the defense minister demanded, questioning the veracity of Iran’s claims that its nuclear program was for civilian purposes. “That was not its goal,” he accused.

Lieberman concluded his Kommersant interview by speaking about Iranian leaders’ frequent attacks, and their statements about “annihilating the Zionist entity.”