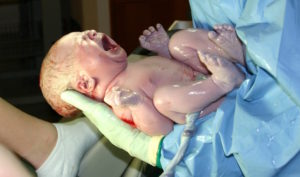 Israel’s Jewish fertility rate, now at its highest level since 1983, has been on the rise since 2006, and is now higher than the Israeli Arabs.

Israelis are having more children on average, defying global trends that have seen fertility rates plummet across the industrialized world.

The report also shows that Israel’s Total Fertility Rate – the average number of children women in the country have total – continues to rise, and is now the highest among the Organization for Economic Co-operation and Development’s (OECD) 35 member states.

Like most industrialized nations, Israel’s fertility rate declined significantly from the mid-20th century through the early 2000s, dropping from an average of 4.00 in 1970 to 2.80 in 2005.

Since 2006, however, Israel’s total fertility rate has been on the rise, and now tops Saudi Arabia, which previously held the top position, which averaged 7.30 children per woman as late as 1979, but has since fallen to 2.70.

The US, by comparison, averaged 1.80 in 2015 – slightly above the OECD average, but still below the replacement rate.

The increase in Israel’s Total Fertility Rate comes despite declines among most non-Jewish demographic groups in Israel.

Among Israeli Jewish women, the TFR reached 3.16, surpassing for the first time in Israel’s history the Arab fertility rate, which fell to 3.11.

Broken down by religion, however, the Muslim TFR remains slightly higher than the Jewish fertility rate at 3.29 – but has declined significantly in recent years. In 1980, the Muslim TFR in Israel was 6.00, but fell to just over 4 by 2005.

With a total population of close to nine million today, including more than 6.5 million Jews, Israel’s population is expected to reach 20 million by 2065.