Meet the 5 brothers, all serve as combat soldiers in IDF’s elite units, including the family dog, a decorated explosive-sniffing veteran.

A family living in a small community in the Arava region of southern Israel could be a definite contender for the title of the IDF’s “royal family”, with five of them serving as combat soldiers in elite units, both in regular service and in the reserves. Another member of the family is Toby, a Belgian Shepherd and former service dog in the Oketz canine unit. 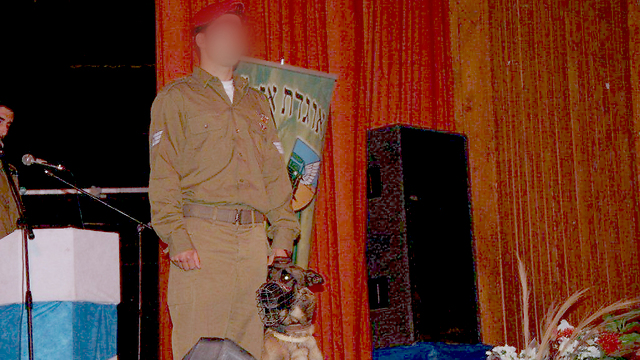 Toby the Belgian Shepherd, another hero in the family – Photo: IDF Spokesman Unit

The five members of the family include Major J., a deputy commander of an Apache squadron, Ar., a soldier in the General Staff Reconnaissance Unit who is currently in the IDF Officer’s Training School, Am., a combat soldier in the Oketz canine unit in the Judea and Samaria Division (serving in the reserves) and T., a combat soldier in the elite Shayetet 13 naval commando unit (also in the reserves). There is also An., a cousin of the four siblings who made aliyah from the US and was adopted by the family as a lone soldier, and served in the Paratroopers Brigade.

The proud mother and five brothers say that contrary to the common practice in many families whose children serve in the army, the younger brothers did not choose to serve in the same unit as the older brother did. Instead, they opted for diversity and serve in different units in the IDF’s three service branches – air, land and sea.

During Operation Protective Edge last summer, the three met crossed paths in operational activities in the Gaza Strip, and in the past also participated together in operations outside Israeli territory. 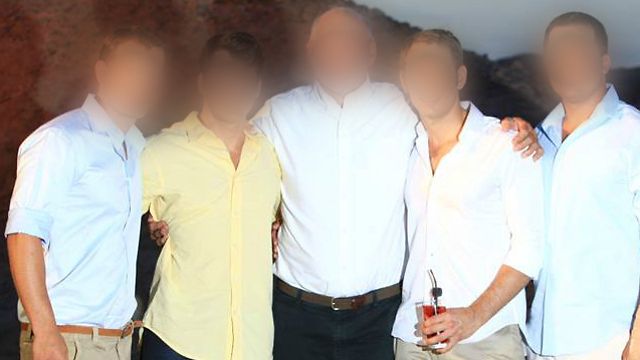 Members of the family out of uniform – Photo: IDF Spokesman Unit

Y., a fighter pilot who has soared above his siblings during operations, said the differences between them were apparent from childhood. “One liked soccer, the other basketball, and the third was good at track and field,” he said. “The question of where each would serve was meaningless – the important thing was to give as much as you could in the best way you could.”

N., the five siblings’ mother, has grown accustomed to the worry that is part of her children’s dangerous work. “There were a few years that were not easy for me, but when I got updates from them I chose not to go into detail,” she says. “That’s the way to deal with the concerns – and also to stay busy at work.”

Some of N.’s songs have already moved out of the house, and she and her husband take care of Toby, the 13-year-old dog who was considered an expert in tracing explosives during his own military days and was decorated for locating an explosive device in Gaza.