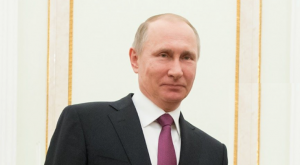 “In February 2017, the Russian news website Pravda.ru reiterated this message, with an analysis by Dmitri Nersevov, who said that Iran is becoming a major problem, first and foremost for Russia’s interests,” the report said.

Another article cited was a Feb. 14 piece in the Russian daily Kommersant in which Maxim Yusin wrote that “Moscow considers Iran a ‘capricious’ and ‘unpredictable’ partner,” and that this “opens a certain window of opportunity for [U.S. President] Donald Trump’s diplomacy.”

According to the MEMRI report, “Russia is interested in an arrangement in Syria and sees itself as the decisive element regarding its future, while Iran sees itself in this role both in accordance with the expansionist ideology of the Islamic revolution regime and in light of the massive losses it has suffered in Syria in recent years.”

The report also noted media reports suggesting that clashes have erupted between Russian and Iranian forces in Syria. It said that according to one Iranian media site, Russia is essentially trying to marginalize Iran in Syria and “eliminate” its ability to shape Syria’s future.

“Despite the Iranian-Russian cooperation in recent years in various fields, Iran currently feels that Russia is abandoning it in favor of other vital interests, such as reaching understandings with the U.S. to promote the lifting of sanctions, and with Turkey as its senior regional partner,” the report said.

It said that according to the Iranian website Amadnews, Iran’s strategy to bring Russia closer is two-pronged.

“The strategy is based on two central elements: The first element is to attempt to tie Russia to Iran with a strategic alliance, as part of which Russia will receive extensive benefits from Iran in the form of financial compensation for Western sanctions against it totaling $50 billion, and military-strategic privileges such as military bases and ports in the Persian Gulf on Iran’s southern border. The latter aspect has strategic importance vis-a-vis the U.S., and is historically significant to imperialist Russian interests,” the report said.

“The second element is to operate Iran’s proxies such as Hezbollah and the Palestinian factions in order to spark a war against Israel, which would occupy the Trump administration and remove the pressure it is exerting on Iran.”

The report concluded that Russia “evidently views Iran as a bargaining chip vis-a-vis the U.S., as an open offer to the Trump administration whose implementation depends on the American response.”