Rina Frenkel, the Yesh Atid MK who once lived in Kiev, lobbied to Netanyahu for “a formulated, budgeted gov’t plan to bring the Jews of Ukraine to Israel on aliya.” 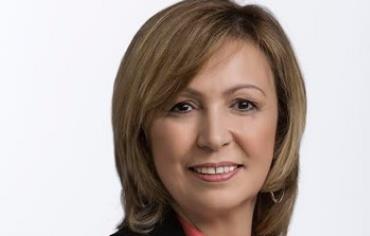 Following recent anti-Semitic incidents in Ukraine, including the firebombing of a synagogue Monday, Frenkel, said she felt a responsibility to get involved, since she made Aliya from Kiev in 1990.

In her letter to Netanyahu, Frenkel warned that the events in Ukraine may turn into a civil war and that, at the same time, anti-Semitism is on the rise.

“Incitement is growing stronger. Newspapers and digital media mention ‘Jewish conspiracies’ every morning, anti-Semitic caricatures appear and in January, words turned into actions, as a local rabbi was attacked and a man was stabbed on the way to synagogue on Friday night,” Frenkel wrote.

The Yesh Atid MK also wrote of the “tragic history of the Jews of Ukraine, who experienced pogroms and the Holocaust.”

“In light of recent events,” she added, “this community is under a clear and present danger. The State of Israel was founded on the background of our nation’s tragic history.”

“The establishment of an independent Jewish state with a sovereign government and an army is a way of saying ‘Never again.’ Now is the time to turn that saying into action,” Frenkel stated.

The lawmaker quoted figures from the World Jewish Congress, which state that Ukraine has the third-largest Jewish community in Europe and the fifth-largest in the world, with 310,000 Jews and people with the right to move to Israel under the Law of Return.