It is likely that the Iranians followed the operation after it occurred, and discovered where and how it was managed, the report said.

The report noted that the operation in Cyprus that targeted Israelis, which Israel blamed on Iran, could be a retaliatory move for the Mossad operation, the report said.

Prime Minister Naftali Bennett revealed the operation in a speech to the Knesset plenum on Monday. Despite the dramatic announcement, he did not give any further information about the fate of the captive, who has long been presumed dead.

Since his announcement, his office did not offer any more context or explanation for the timing of the prime minister’s statement. 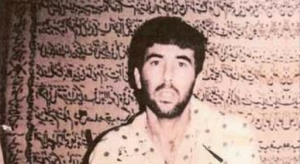 Arad was captured on October 16, 1986, after a bomb his plane dropped caused damage to the aircraft, forcing him and the plane’s pilot to bail out. The pilot was saved, but Arad was taken by Lebanese Shi’ite group Amal, and later transferred to Iranian forces.

Arad sent three letters from captivity, and two photos of him were released. Israel lost track of Arad in 1988.

There have been several Israeli operations to get more information about his fate, including the capture of Hezbollah members and an offer of a $10 million reward. A joint report by the Mossad and the IDF determined in 2016 that Arad likely died in 1988.