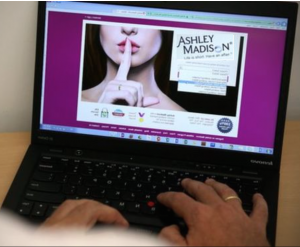 Joint Arab List MK Taleb Abu Arar, a Bedouin with 2 wives, denies any knowledge of registered account, even though it has his secured parliamentary email address…says it’s an attempt to damage his reputation.

Arab List MK Taleb Abu Arar’s name and official parliamentary email address were found Wednesday among the millions of names of Ashley Madison members released by hackers trying to shut the website down. Arar has denied any knowledge of registered account.

The Canada-based Ashley Madison states it is a “dating service and social networking service,” but its slogan — “Life is short. Have an affair” — has earned it flash notoriety as an “online cheating site.”

Hackers seeking to shut the website down threatened last month to release a massive amount of information, including nude photos, sexual fantasies, real names and credit card information for as many as 37 million of the site’s members worldwide.

Making good on their threat on Wednesday, the 9.7 gigabyte “dark web” data dump, which the Wired tech website described as the biggest of its kind, included the personal information of thousands of the websites’ Israeli members, including Arar’s, who immediately denied even using the site.

“I have nothing to do with this site. Someone has obviously registered as a member under my name to damage my reputation. I plan to file a police complaint, and I plan to file a complaint against the website. I demand it reveals the source of the registration,” the Joint Arab List MK said in a statement.

CNBC reported Wednesday that the owners of Ashley Madison were “investigating the validity of customer information leaked.”