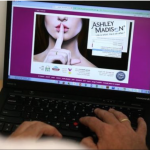 Joint Arab List MK Taleb Abu Arar, a Bedouin with 2 wives, denies any knowledge of registered account, even though it has his secured parliamentary email address…says it’s an attempt to damage his reputation.

Arab List MK Taleb Abu Arar’s name and official parliamentary email address were found Wednesday among the millions of names of Ashley Madison members released by hackers trying to shut the website down. Arar has denied any knowledge of registered account.

The Canada-based Ashley Madison states it is a “dating service and social networking service,” but its slogan — “Life is short.