In light of the chaos & racist comments the Bar-Ilan Muslim students are subjected to, as they pray in public, the university is allocating them a private prayer room to allow them ‘to pray in a respectable fashion.’

Bar-Ilan University is home to over 500 Muslim students, but whenever prayer time comes, they are forced to search for a vacant classroom or an uncrowded lawn. 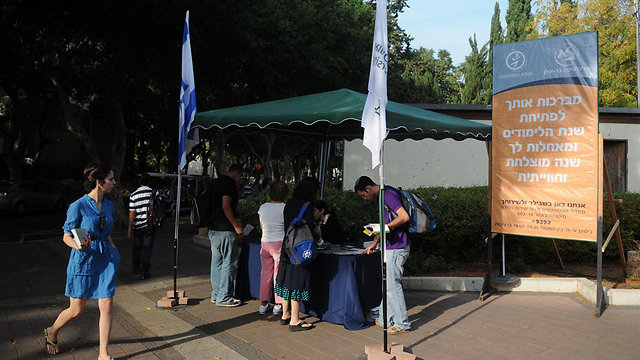 The public praying on campus, at a university associated with the right-wing national-religious public, often attracted suspicious looks and racist comments. The students demanded change, and Thursday the university granted them a private prayer room.

“This is a real achievement”, said Abed Abu Sharkia, the representative of the Arab sector at the university’s Student Union, who initiated the step.

Abu Sharkia, a geography student, said he had approached the university rabbi, who gave him his blessing. “The rabbi understood us right away and said that we also deserve our own place. I’m happy that after three years of studying here, we will be able to pray in a respectable fashion”.

Bar-Ilan University President Rabbi Prof. Daniel Hershkowitz said that the institution accommodates students of all religions, and “we respect them and their worshipping needs. This does not collide with the principals of the university and even aligns with its pluralistic values”. Prof. Hershkowitz added that the university is now searching for a suitable room for its Muslim students.

The Chairman of the Bar-Ilan Student Union Matan Bar Noy also addressed the change, which was facilitated by the Union. “Respecting all religions and freedom of worship is crucial in any state, and especially in Israel. I welcome the decision of the university to allow all students to practice their religious lifestyle on campus, according to their needs. This is a significant step that will grant equal rights to all students in Bar-Ilan”.