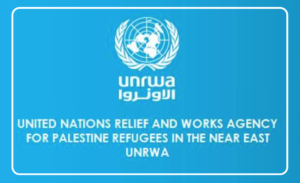 UNRWA is cash-strapped and was near collapse recently as hundreds of Palestinians workers have been laid off, yet UNRWA is advertising for a new position that pays over 14 times the average income of a Palestinian worker.

A United Nations Relief and Works Agency for Palestinian Refugees (UNRWA) job posting published last month offered a starting salary of over $100,000 for the position of director of external relations. The well-paid post comes despite the fact that the organization finds itself in serious financial trouble.

The position that UNRWA is advertising pays over 14 times average annual income for a Palestinian in 2017, $6960.

UNRWA has been in financial trouble since the Trump administration announced that it would cut all funding to the organization, questioning its “fundamental business model” of servicing an “endlessly and exponentially expanding community” of declared Palestinian refugees.

In July, the organization decided to lay off hundreds of its employees, causing outrage among Palestinians.

Sources in the Gaza Strip said that some 1,000 employees were affected by UNRWA’s measures, which included the immediate dismissal of 125 workers from the agency’s emergency program. UNRWA employees in the West Bank were also affected.

Another 570 UNRWA employees were notified that they would be hired only on a part-time basis, while an additional 270 were told that their contracts would be terminated at the end of the year if the financial crisis is not resolved.

In late September, UNRWA announced that Palestinian schools and health centers might soon have to shut down due to a gap in funding of $185 million.

UNRWA schools had opened in mid-August despite a deficit cause by US funding cuts with half a million students returning to the 711 establishments.

Shortly after UNRWA’s September announcement, UNRWA raised $122 million in donor funds for Palestinians, thereby reducing its budgetary shortfall to only $64m. for this year.

The pledges, which included $40 million from the European Union, were made at a meeting in New York on Thursday on the sidelines of the UN General Assembly.

Tovah Lazaroff and Khaled Abu Toameh contributed to this report.