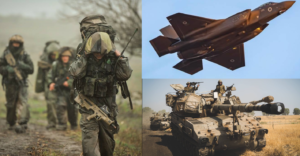 The function of the IDF’s new, highly trained multidimensional unit, comprised with tanks, UAVs & classified combat technologies, will be to operate with new advanced abilities, to track down, attack and destroy the enemy.

The IDF on Wednesday began work on its new special ops unit designed to go deep into enemy territory. The unit will be equipped with unmanned aerial vehicles (UAVs) and be joined by teams from various other commando units.

The first commando teams, alongside Air Force pilots, were mobilized to the new unit, which is still in its preliminary stages and is supposed to become operational within a year.

The new unit will take a major part in IDF missions featuring ground maneuvering on the front line and will operate its own tanks. It will also operate deep within enemy territory, targeting valuable assets.

The unit will be equipped with classified combat technologies, some of which are still in development, alongside UAVs for a variety of missions, including marking targets.

In addition, it will be based on highly trained infantry soldiers who will receive effective combat equipment that is adapted to the battlefield of the future.

An IDF official said that this new unit is the first of its kind in the Israeli army and around the world.

“The establishment and operation of the multidimensional unit will have implications on structure and organization of other IDF units and lessons from it will be passed on to other units,” the official said. “The unit will operate with new abilities to track down, attack and destroy the enemy.”

The unit, still unnamed, was one of IDF Chief of Staff Lt. Gen. Aviv Kochavi’s first projects upon stepping into office in 2018.