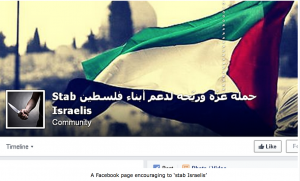 The comments were made in the New York District Court during a hearing on a class-action lawsuit filed against Facebook on behalf of 20,000 Israelis for incitement and encouraging violence. The plaintiffs sought to prove that Facebook doesn’t implement the same measures against blatant incitement against Israelis, while allowing Palestinians to continue with inflammatory statements unabatedly.

During the hearing, Judge Nicholas Garaufis accused Facebook of not taking global terrorism and the killing of innocent people seriously enough. The judge also harshly criticized Facebook for sending an associate to the hearing, saying, “I think it’s shocking, irresponsible and insulting.” The judge ordered Facebook to send a more senior attorney to the hearing scheduled for the 28th of September, saying, “I want to talk to someone who can speak with the senior management of Facebook.”

The judge is currently involved in two different suits against Facebook that were filed by civil rights organization Shurat HaDin — the Israel Law Center. One is a class action lawsuit against Facebook and the other is a damages claim of a $1 billion against Facebook. The judge said that despite these claims being problematic, as American law exempts content published by individuals from liability, it does not mean Facebook doesn’t need to take the issue seriously.

“Let’s put the law aside and talk about reality,” said the judge. “Less than a week ago a bomb exploded in the Chelsea neighborhood in Manhattan and wounded 29 people, and the reality is that these people were communicating via social media, whether it be Facebook or Google, and as a result of that communication, there is a potentially dangerous situation that can cause damage in terms of international terrorism.”

Garaufis admitted that federal judges have limited abilities to deal with terrorism and can’t always be involved with such cases until someone is arrested and charged with a crime, but that doesn’t mean that “Facebook shouldn’t be socially responsible for world citizens.”

The judge went on to ask if there are other ways to find a solution to this complicated reality without involving the courts or the legal system.

Facebook said in response, “Facebook is obligated to make people feel safe using our social network. Our community standards are clear—there is no place on Facebook for groups or content engaged in terrorist activity or express support for such activities. We are working all the time to remove this content when it is reported to us. We sympathize with the victims of these terrible crimes. ”

Nitsana Darshan-Leitner, chairman of Shurat HaDin, added, “Facebook is beginning to understand that they can no longer ignore the reality in which incitement to terrorism on their pages leads to people being murdered in the street. Facebook needed to get a reprimand from the judge in order to start to take this phenomenon seriously. We will continue to act to stop this incitement in social media. Social media must be socially responsible.”