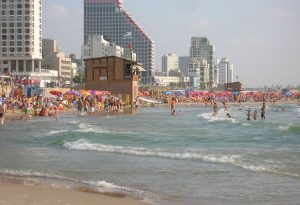 Israel’s Central Bureau of Statistics reports that 93% of Israelis say they are ‘happy’ or ‘very happy’ with their lives
• 30’s & 40’s year-olds are less happy
• Life expectancy for both Israeli men & women has increased by more than a decade since 1973.

Israel just missed out on a place in the top 10 happiest countries on a list compiled by the Organization of Economic Cooperation and Development and was ranked No. 11.

However, Israel still came out ahead of Germany, the U.S., Japan, Italy, Ireland, Luxembourg, the Czech Republic, Britain, Brazil, France and Mexico.