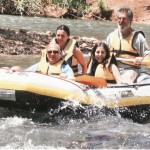 Israelis remain some of the happiest people in the world, according to the U.N. World Happiness Report 2019, published Wednesday.

The latest happiness report ranked Israel the 13th-happiest country in the world, a slight drop from last year’s report, which placed Israel at No. 11.

According to the report, the happiness nation in the world is Finland, followed by Denmark, Norway, Iceland, the Netherlands, Switzerland, Sweden, New Zealand, Canada, Austria, Australia, Costa Rica, and then Israel. Continue Reading »

Israel takes 11th for ‘Happiest Country in the World’, for 5th year in a row

For the 5th year in a row, Israel has been rated as the 11th happiest country in the world, according to Wednesday’s UN annual “World Happiness Report.”

Israel has not fallen below 14th in the history of the report, which first came out in 2012

For the fifth year in a row, Israel has been listed as the 11th happiest country in the world, according to the United Nations’ annual “World Happiness Report,” which was released on Wednesday.

Israel has not fallen below 14th in the history of the report, which first came out in 2012. Continue Reading » 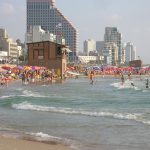 Israel’s Central Bureau of Statistics reports that 93% of Israelis say they are ‘happy’ or ‘very happy’ with their lives
• 30’s & 40’s year-olds are less happy
• Life expectancy for both Israeli men & women has increased by more than a decade since 1973.

Israel just missed out on a place in the top 10 happiest countries on a list compiled by the Organization of Economic Cooperation and Development and was ranked No. 11.

However, Israel still came out ahead of Germany, the U.S., Continue Reading » 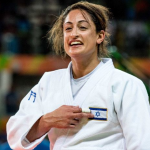 According to the United Nations’ 2017 World Happiness Report published Monday, Israel has been ranked the world’s 11th happiest country for the 4th year in a row, placing comfortably ahead of the United States, which is 14th.

By i24NEWS – AFP
The report, which was released to coincide with the UN’s International Day of Happiness, uses happiness levels to quantify social progress and direct the goals of public policy.

It is the fifth such report since the first was published in 2012. Israel has climbed in the rankings from 2012, when it placed 14th, and has remained at 11 each year since then. Continue Reading »