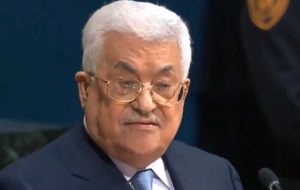 One senior PA official close to Palestinian Authority President Mahmoud Abbas told Israel Hayom that the “Palestinian reconciliation and the transfer of control [in Gaza] are on the declarative level only. In actuality, Hamas is in control on the ground in Gaza, and the PA’s security apparatus currently has no ability to contend against it and against the other [armed] Palestinian factions, certainly not with regard to preventing digging new terror tunnels.”

Moreover, the official stressed, the Palestinian Authority has no desire to exercise its authority in Gaza once control of the border crossings and civil affairs are transferred to the Palestinian unity government.

“What you in Israel and the United States do not understand is that we want to give this reconciliation a chance to succeed, even if not everything goes smoothly,” he said. “Therefore we are not interested in a confrontation with Hamas, certainly not because of the tunnel issue. We will be able to restrain Hamas in Gaza just as it is restrained in the West Bank, but it is a lengthy process that will take time [to implement], and for the time being it is not in our interest or desire to prevent Hamas from continuing its security-related activity in the Gaza Strip.”

A senior Palestinian security official told Israel Hayom that the PA’s military presence in Gaza is minimal and completely uninvolved.

“For all intents and purposes, the police in Gaza merely swapped the blue Hamas uniforms for PA uniforms. Hamas still has control on the ground and is continuing its security-related activities more intensely than ever, including digging tunnels for the purpose of terror and training. We haven’t been in Gaza for more than 10 years, and now, too, we don’t actually have control on the ground. We couldn’t even arrange a safe trip for Abbas to Gaza.

“We, as a security arm of the Palestinian Authority, don’t have the option or the ability to cope with Hamas’ military wing. Hamas’ political wing struggles to rein in its military wing, so how could we? The hope is that Hamas will come to understand that if it desires a Palestinian state it needs to disarm and merge with the PA’s security apparatus, but this is a long process,” the official said.

No communication between Amman and Ramallah

Meanwhile, tensions between Jordan and the Palestinians were nearing a boiling point over the Fatah-Hamas reconciliation deal.

Senior Jordanian and PA officials told Israel Hayom on Thursday that the lack of  is almost total, and that Jordanian officials accuse the Palestinians of jeopardizing the kingdom’s national security by allowing Hamas to integrate into the PA’s government institutions.

The officials also decried allowing Hamas to operate in the West Bank in a manner that might undermine the Jordanian regime’s stability, because the Muslim Brotherhood, of which Hamas is an offshoot, is active in the kingdom.

Jordan’s King Abdullah recently rejected a request by former Hamas leader Khaled Mashaal to reopen a Hamas consulate in Jordan, from where it would have been able to operate to realize its ambition of replacing Abbas as leader of the Palestinian Authority.