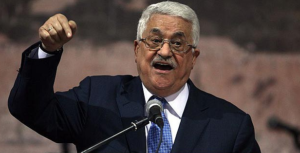 Palestinian officials told the Associated Press that this move was part of an effort to cut costs after Israel decided to deduct the amount of money that the PA gives to terrorists and their families from the taxes and tariffs Israel collects for the authority.

According to AP, several former ministers, including a former prime minister, were also asked to return tens of thousands of dollars from a pay increase that Abbas had secretly approved.

In June, a leak of PA documents showed that cabinet members had been given a 67% pay raise, increasing their salaries from $3,000 to $5,000 a month. Moreover, the raise was applied retroactively to 2014.

The Knesset passed the “Pay for Slay” bill into law in July 2018.

In the past months, PA employees have been receiving 50% to 60% of their salaries due to the PA financial crisis, while the economic support toward the families of security prisoners and Palestinians killed in attacks on Israel has not been reduced.

According to AP, Palestinian officials speaking on conditions of anonymity said that Abbas would reinstate some advisers in the coming days.

PA government advertise how much they will pay to kill Israelis, with bonuses for multiple assassination.

‘President’ Abbas is in his 14th year, becoming an autocrat, after having been voted in for a 4 year term on 29 October 2004.

The Palestinian Authority has imprisoned and tortured journalists and bloggers who expose PA corruption.

The Palestinian Authority has imprisoned and tortured anyone who sold or considered selling land to Jews. Coincidentally, many were mysteriously murdered.

The PA has passed law prohibiting interaction with Jewish groups, associations or clubs.

The PA incites the hatred of Jews in all of their schools, in their Mosques, PA TV children programing and in the internet, radio, TV and print media.

Palestinian gays continue to seek refuge in Israel, afraid for their lives.