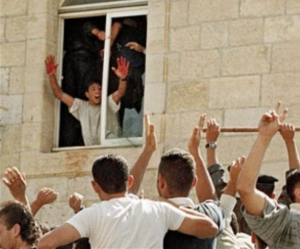 US federal appeals court to look into Palestinian Authority appeal against last year’s ruling that ‘it funded, supported, planned and carried out’ multiple terrorist attacks in Israel during 2nd Intifada.

A federal appeals court in New York will look into the Palestinian Authority’s (PA) appeal against last year’s ruling that it must pay compensation to 10 families of terror victims with US citizenship. The earlier ruling, which took 11 years to achieve, ordered the PA to pay $665 million to the victims of terror attacks during the Second Intifada. This was the first time that a jury ruled in favor of terror victims.

The court found that the PLO and the PA were guilty of funding, supporting, planning and carrying out terror attacks in Israel throughout the Second Intifada. The jury agreed with the plaintiffs that authorized officials in the PA gave authorization, either before or after the attacks, to each use of terror in order to promote their policies and goals, and that PA officials were involved in the attacks.

Prosecutors also presented evidence that the PA continues to fund convicted terrorists by paying them salaries and giving them promotions, and supporting the families of terrorists who were killed during their attacks.

The initial case was filed under a US law against terror that allows US citizens who were harmed in terror attacks outside of the US to sue in US federal courts. The plaintiffs were represented by Nitsana Darshan-Leitner, from the legal organization Shurat Hadin, as well as the New York attorney Kent Yalowitz. Shurat Hadin is an Israeli group dedicated to fighting terror through civil lawsuits and other legal means.

Darshan-Leitner has commented on the PA’s appeal, saying: “For years the Palestinian Authority provided all sorts of funding and support to murderous terror attacks that were carried out in Israel, causing severe damage to the State of Israel and the deaths of so many of its citizens. Even now, the PA continues to pay $50 million per year to terrorists sitting in Israeli prisons. Instead of paying the money to terrorists, it should give it to terror victims. Terror victims deserve justice and they will get it, even if it comes after 12 years of court hearings.”