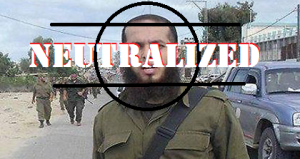 ISIS social media sites report the death of liaison from Hamas Hashem Abdel Aileh Kishtah, an expert in anti-tank weapons who is believed to have been responsible for increased use of Kornet missiles by ISIS against Egyptian tanks.

ISIS in the Sinai Peninsula has announced that its liaison to Hamas—Hashem Abdel Aileh Kishtah has been killed. However, the group didn’t reveal how their liaison to the Palestinian terror group died.ISIS released a statement on the matter on Tuesday. Kishtah was originally from the city of Rafah in the southern Gaza strip.

Kishtah’s name was first revealed when it was mistakenly announced via Sky News Arabic that the Egyptian Air Force had assassinated him in February of 2016. He was referred to as a high-ranking official in the Hamas Izzadin al-Qassam military brigade. There were also reports that he had died in Libya; however, his family quickly denied this report.

Coordinator of Government Activities in the Territories Maj. Gen. Yoav Mordechai mentioned Kishtah’s name several times when speaking about the relationship and cooperation which exists between ISIS and Hamas. However, Hamas has denied any connection to ISIS, and upon initial reports of his death in February 2016, Hamas completely distanced itself from Kishtah.

Hamas’s official spokesman, Sami Abu Zuhri, also spoke in the piece, giving an official Hamas denial to any connection between the Gaza-based terror group and ISIS.ISIS-affiliated Amaq has been reporting that Israel has been hitting ISIS targets in el-Arish and Sheikh Zuweid in Sinai over the last several days, and is claiming that Israel and Egypt are coordinating in the fight against it.

Amaq released a similar statement hours before ISIS launched a rocket in the general direction of Israel, causing sirens to be heard in the Negev on Tuesday morning. The rocket seems to have failed at launch.

According to a Der Spiegel report on ISIS in the Sinai Peninsula which covered several high ranking ISIS Sinai branch officials, Kishtah was recognized as one of the leaders. The German report stated that Kishtah is a central figure in increasing ISIS’s fighting capabilities in Sinai, particularly over the last two years. The report also noted that he was an operative in the Hamas military wing.

Before the ISIS group in Sinai officially became a part of the multi-national terror group, it was merely a local Sinai terror group called Ansar Beit al-Maqdis. It is alleged that Kishtah was smuggled from Gaza into Sinai via a tunnel running underneath the border, and then became an instructor who taught the Sinai terrorists how to use anti-tank missiles and how to create IEDs.

He was thought of as one of the biggest experts in anti-tank missiles and anti-tank fighting in the Middle East.

Before his arrival in Sinai, the terrorists primarily targeted the Egyptian military with RPGs. However, according to reports, under Kishtah’s tutelage, ISIS in the Sinai Peninsula has become very proficient in the use of advanced Kornet anti-tank missiles when attacking Egyptian military armor.