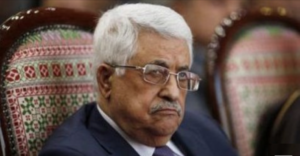 Massad, who currently lives in Haifa, made his demand in an urgent petition he filed last week with the High Court of Justice against Prime Minister Benjamin Netanyahu, Finance Minister Moshe Kahlon and the Knesset Finance Committee.

The petition demanded that the funds be directly transferred to Palestinian workers and needy families.

Massad was born in a small village near Jenin and by the age of 13 had joined the ruling Fatah faction. At one point, he even became a member of Fatah’s armed gang, “Black Panther,” whose gunmen carried out numerous attacks against Israelis and Palestinians during the First Intifada. He was arrested by the IDF and spent more than seven years in prison.

In his petition, filed through lawyer Michael Litvak, Massad asked the court to order the Israeli government to explain why it won’t halt the transfer of tax-revenue funds — collected by Israel on behalf of the Palestinians — to the PA.

Massad told The Jerusalem Post he decided to file the petition out of concern for Palestinian workers in Israel and their families.

“These people are being deprived of the money,” he said. “We want the money to go directly to the workers and needy families. The Palestinian Authority government is very corrupt, and there is no reason why Israel should be transferring millions of dollars to this government.”

Massad said he wanted the court to order the Israeli authorities to explain why they won’t devise a mechanism to transfer the funds directly to Palestinians workers and merchants and their families.

“The PA is pocketing the funds and using them as it wishes in contravention of the law,” he said.

Massad, who describes himself as a political and community activist, said he represents tens of thousands of Palestinians “who fear for their lives once they are exposed for their activities against the Palestinian Authority.”

The petition was filed to help Palestinians working in various fields in Israel, including construction, agriculture, industry and trade, he said.

Noting that the last Palestinian (parliamentary) election was held in January 2006, Massad said the PA government was an unelected and illegal government.

Leading PA, Fatah & PLO ex-terrorists, now master propagandists, promote an agenda that contradicts history & archaeology, have taken control with no elections in over a decade. – Reuters

“It seizes power without holding democratic elections, rules over its people through dictatorship and abuses its opponents,” he said. “This is a corrupt government that does not care about its residents and passes on most of the funds to government officials and their supporters, as well as to corrupt people and terrorists.”

The PA has for many years been “undemocratically controlling its people by force and without elections, and therefore, the agreements signed by the Palestinians and Israel — and which resulted in the creation of the PA — are no longer relevant.

It is not an elected government, and there is no obligation to transfer the funds to it,” Massad said.