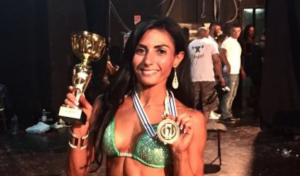 WATCH: At age 27, the young Jerusalemite, defied the traditional expectations to become the first Palestinian woman to compete in a bodybuilding competition…and win! 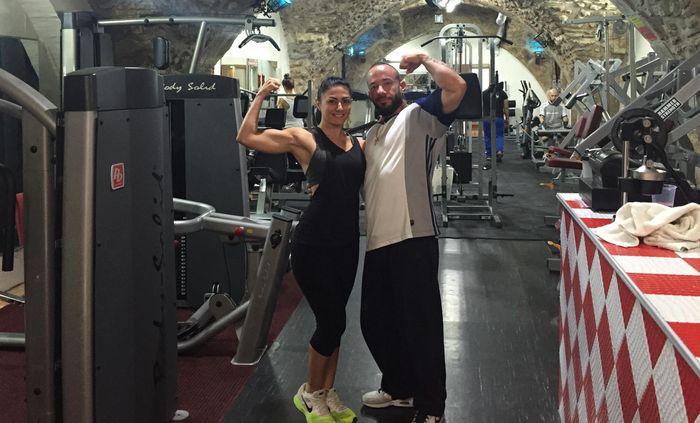 Up to a year ago, Belian led a completely normal life. She studied English at the Armenian School in Jerusalem and worked in various fields, including teaching English. But last year, at age 27, the young East Jerusalemite decided it was time for a challenge. Her chosen field – weightlifting.

She joined a gym run by the person who later became her personal trainer, Basel Saeed, and went on an intensive regimen, diet and all.

The training sessions cut Belian off from her family and friends, and even her mother’s cooking which she had to give up as part of the diet she made for herself in order to reach her goal – to compete in Israel’s National Amateur Bodybuilders Association (NABBA). 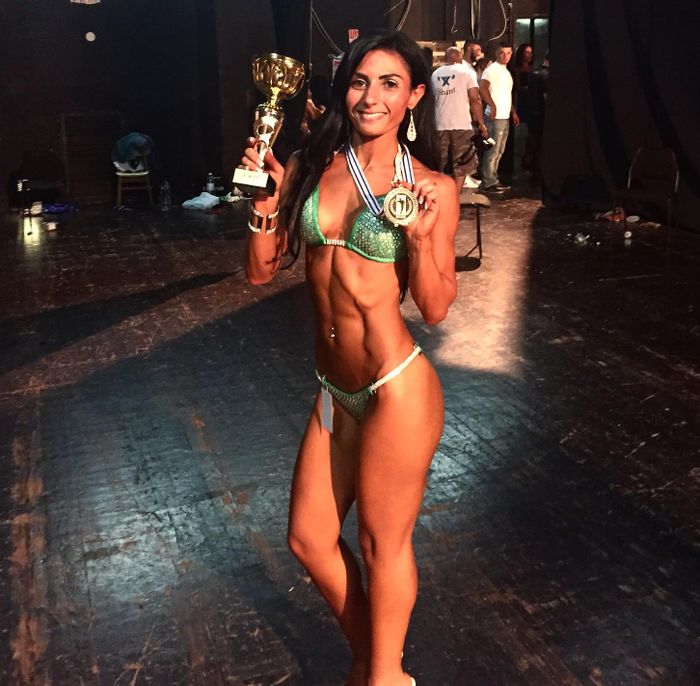 Her decision was met with concern by her family – and ridicule among some of her friends. “Because of my tight body and the muscles I developed, people told me I have a very masculine look,” she said in an interview with i24, with a broad smile.

Belian did not always find it easy to smile. When she was 17, her father – the well-known journalist and educator Aram Belian – died. She was forced to help in the upbringing of her three younger sisters. “I went out to work at age 12,” she says, adding: “It gave me a strong desire to realize myself, and specifically in a manly field.”

When she began training, “the men were surprised and looked down at me, but after I won the contest, they began to treat me differently,” she says. “I’m still the only woman who joined the club, and I’m the first and only Palestinian woman in East Jerusalem and the West Bank that has chosen this field.”

Her coach’s support was essential: “His belief that I can go far in this difficult business pushed me and encouraged me to continue.”

His confidence would appear justified. Within ten months of training she built her muscles enough to enter the contest – and win.

“I did not expect to win. I would have been satisfied just to compete. I noticed that those present were surprised that a Palestinian girl won the trophy and especially one that had only trained for ten months.” For others, she says, it would take two years to reach her level, and adds: “But I deserve it because I have the most beautiful body.”

One particularly difficult stage in the competition was appearing in a swimsuit. “It takes courage. At first it was hard, but I was determined to appear along with the other competitors after the effort that I put in, and when I was on stage I was confident and proud of presenting my muscles.”

For her parents it was also difficult. “At first my parents were against me appearing in a swimsuit on stage, but they accepted it in the end and were present at the competition,” she says.

Alongside adverse reactions in East Jerusalem circles over her immodest appearance, Belian also enjoyed encouragement from many who understood the importance of her accomplishment as an Arab woman in the secular, Israeli, and mostly male world of bodybuilding.

Belian rejects claims that her muscular body makes her masculine. “I love my strong body and I see it as beautiful and full of femininity, I had a normal body like any girl, through the sport I made a beautiful and rich body covering all criteria of femininity and beauty.”

What about marriage and having children?

“I can think about it in two years, after I’ve reached an advanced stage and built up a professional future.”

The next challenge is the World Championship in Brazil in June 2016.

“I want to spread awareness to girls of the importance of this sport and its beauty and to break the barrier of fear in them,” she concludes.